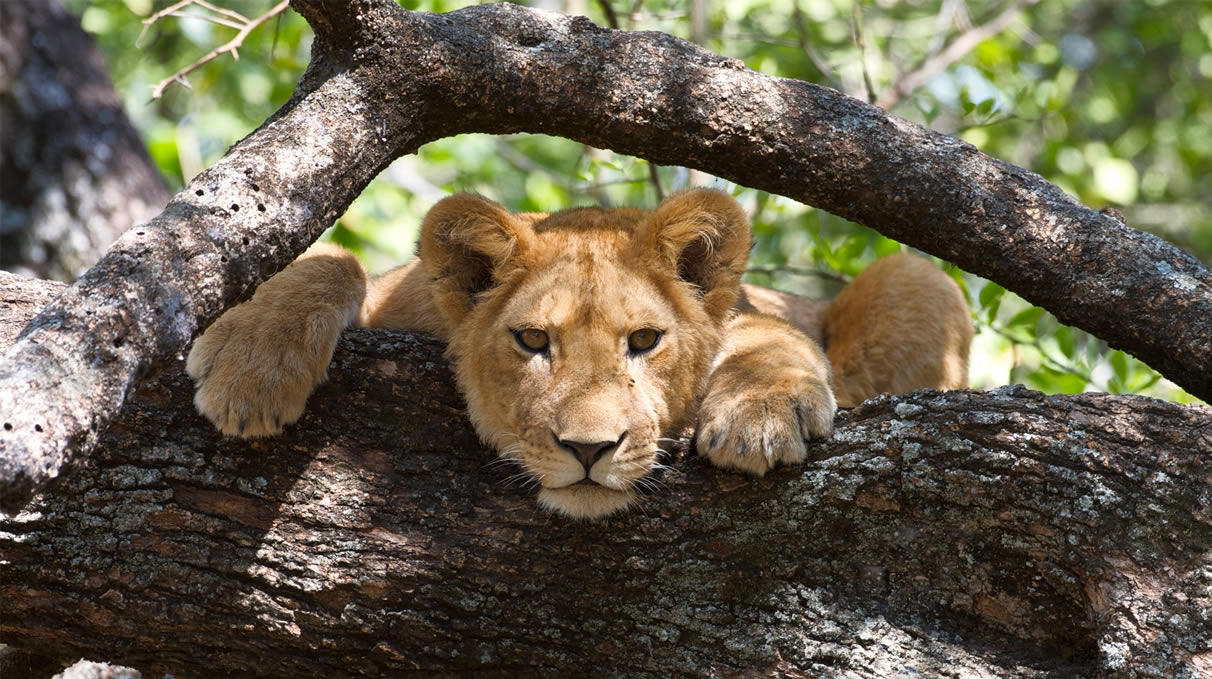 The park used to be a sports hunting destination in the 1920s and in 1957, the game reserve was established due to the variety of wildlife in the park. In the 1960s, Lake Manyara National Park was given a national park status and currently is among the most interesting wildlife viewing national parks in Tanzania.

Lake Manyara is most known for its climbing lions, the soda ash lake attracts millions of flamingoes and in addition to that, the park is believed to have the largest population of elephants in the country plus the amazing scenery.

There are a variety of attractions you can enjoy when you are at Lake Manyara National Park and the most common ones are;

The park is blessed with a variety of wildlife the thing which makes game viewing the best tourist activity in Lake Manyara National Park, and the tree-climbing lions in the park make the game drive more interesting and memorable because Tree Climbing Lions in the world can only be spotted in two destinations that Ishasha Sector of Queen Elizabeth National Park in Uganda and Lake Manyara National Park. Game drives are done in the morning, from around 6 am to 11 am, the afternoon game drive is done from 12 am after lunch up to 6 pm and there are also night game drives that start at 8 pm for dinner and enter the park for a night game watching for approximately for 3hours in search for nocturnal animals and sounds. 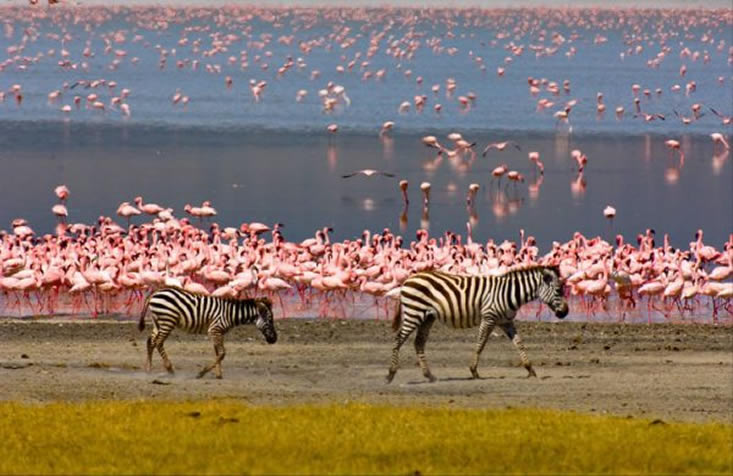 Lake Manyara National Park is among the best birding destinations in Tanzania with a variety of birding species and over 400 different species of birds can be spotted in the park this makes the park the bird lover’s paradise. Among the birds in the park include; the greater flamingo, greater flamingo, lesser flamingo, pink-backed pelican, yellow-billed stork, marabou stork, black stork, white stork, open-billed stork, great cormorant, white pelican, black-crowned heron, dwarf bittern among others.

A boat ride on Lake Manyara is another interesting tourist activity visitors to the park can participate in. the relaxing experience as the boat slowly sail on the lake offers an amazing scenic view of the national park. Hippos can also be spotted in the shallow water of the lake while on the boat ride and in addition to that it also offers an amazing view of the rift valley escarpment.

Getting to Lake Manyara National Park

The park can be accessed both by road and by air through the southern and northern gates. The northern is the most commonly used gate because most accommodation facilities are found around there. Most safaris to Lake Manyara National Park start from Arusha and the distance from Arusha town to the park is around 126km which is an approximately a 95-minute drive.

By road, the national park can be accessed by road from Arusha where most safaris start from and you drive southwestern wards for about 126km, still the safari can start from Bahati, the capital of the Manyara region, and take a road trip to the park.

The self-drive safari to Lake Manyara National Park is also possible by hiring a safari vehicle from Arusha or Bahati town and taking a road trip to explore this amazing destination.

The national park can visit all year round but the safest and most interesting period to visit Lake Manyara National Park is the dry season which is between January and February and July to October and these are the best time for viewing large mammals because they gather at the lake bank to drink water.

The dry season which is always there between November to December and Mach to June is characterized by heavy rain the ting which makes roads in the national park muddy and impassable. By hiring a 4×4 safari vehicle from 4×4 Self Drive Africa Ltd, you will be able to visit the park at any time of the year.