Chyulu Hills National Park is located between Tsavo West National Park and Amboseli National Park 230 kilometres away from Nairobi southeast. This park was established in 1983 and extends up to 741 square kilometres and this makes it one of the currently founded protected areas whose hills also feature among the youngest Vulcan Mountain range in Africa.

This protected area consists of unique mountains most of which are as old as 500 years and they are largely occupied by grass. Chyulu Hills National Park features diverse and magical landscapes all of which exploring while you are on guided or selfdrive vacation in Kenya. The park area comes with rugged wilderness in Africa that still hold signs of volcanic origins with its current eruptions that took place around 240 years back.

The park inhabits most of the ancient volcanic cones, craters and the longest Lava tube in the world. These Lava tube caves are locally called Kisula Caves and they crisscross the depths of Chyulu Hills. The upper leviathan cave has so far been discovered and its length stretches up to 11.5 kilometres. These caves can be accessed about 15 kilometres while walking through the rugged wilderness and it lasts for 3 to 4 hours.

The park also boasts of antelope families, elephants, bush pigs, giraffes, variety of reptile species, insects, leopards, forest hogs, buffalos, zebra, wildebeest and many bird species count about 300, and for bird enthusiasts, birding safaris can be conducted in Lake Jipe in the southwestern side of this national reserve.

The Chyulu Hills are also famous as the green hills of African and they straddle at an elevation of 2188 meters and they cover a length of 150 kilometres and nearly 230 kilometres southeast of Nairobi. They have no permanent surface water although rainfall drains via the porous rocks that feed most permanent freshwater sources in the surrounding plains especially the Mzima springs and the Tsavo and Galana Rivers.

It also serves as a valuable ecosystem in the coastal towns like Mombasa and Malindi. Its most stunning hills still remain untouched and they offer refuge to distinct vegetation types and wild animals. There are rough grassland and thicket that offer a way to the patches of the montane forest together with the pine of the hills which are largely above the 1800 meter contour. The biggest portion of the forest lies in the highest peaks in the Central southern part and the commonly sighted species of wildlife around this area include the warthogs, Oryx, buffaloes, giraffes, bushbuck, leopards, zebra, wildebeests, snakes like black mambas and puff adders; eland and others.

The prominent tourist activities in Chyulu Hills National Park, the key tourist activities for you to engage while on a wildlife safari in Kenya include horseback riding, game drives, mountain climbing, cave exploration, scenic views Mount Kilimanjaro, birding, camping and many more.

Whereas Chyulu Hills National Park is regarded as an all year round safari destination, visitors should understand the weather patterns that have an impact on the park’s landscape and wildlife behaviours. The dry season in this park starts from July to October and this is characterized by least precipitation. Some bit of dust is experienced between June and late October, short rains are experienced. During the hot, dry spell, much of the rains which fall evaporate faster especially at equatorial Kenya and hence little is left for wildlife species to drink. 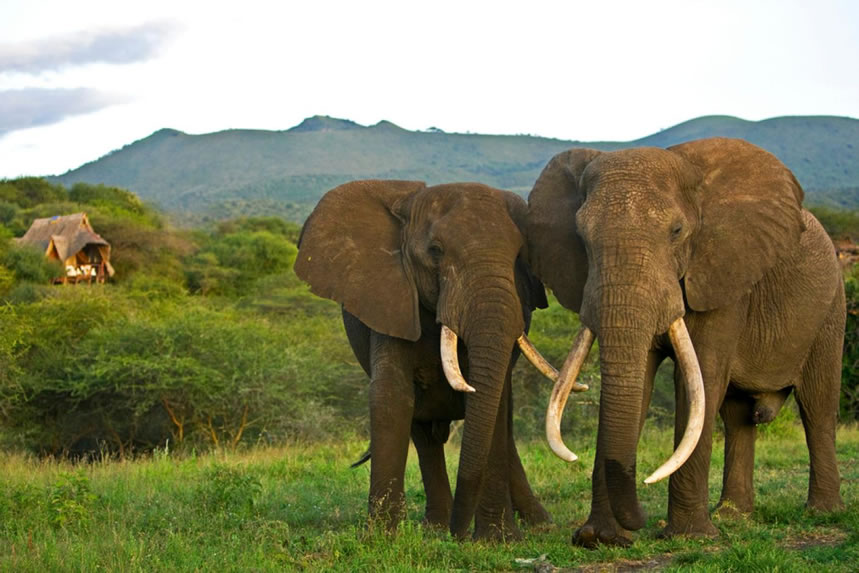 This means that most of the wildlife behaviour at Chyulu Hills National Park is largely determined by the availability of water or scarcity. A rare behaviour among these species is experienced during the dry season where there is scarcity in the water supply. The water sources become more congested and sighting these dramatic wild species also becomes simpler though most of them are more territorial and less tolerant of one another and this can result into confrontations between them.

The short rains come around November and December with a warm, humid, moderately dry season around January and February. The park experiences the long rains around late March and early June and it is during this time that the routes also become muddy making visitor navigation in the destination a bit challenging. To be on the safer side, we advise our visitors to use a 4wd safari vehicle such as Land cruisers.

The wet season also comes with its advantages especially when most of the impalas are spotted giving birth and the vegetation is extremely green. For visitors on safari to Chyulu Hills National Park, game drives are best done during the cool, long dry season and for those of you who are interested in migratory species, they begin arriving at the park from October to April. For travelers who will be on safari to this park during the wet season, never miss to pack the warm sweater, fleece, poncho or lightweight jacket and many more. 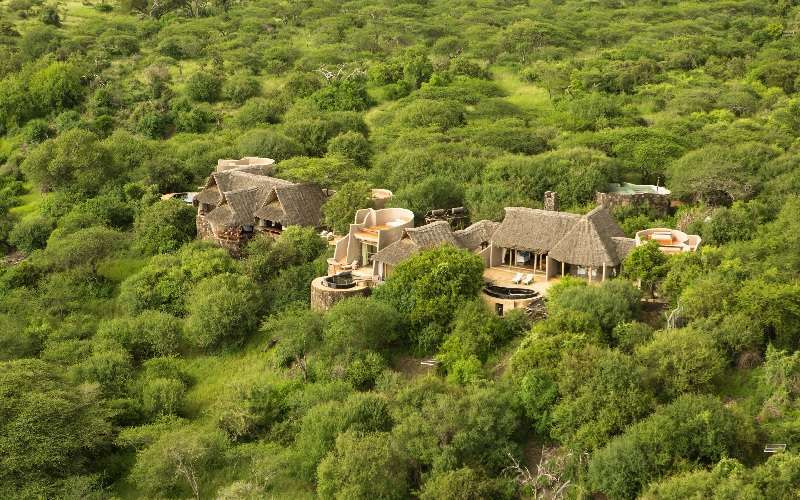 Where to stay in Chyulu Hills National Park

Lastly, Chyulu Hills National Park features numerous attractions that are worth exploring while you are on vacation holiday in Kenya.