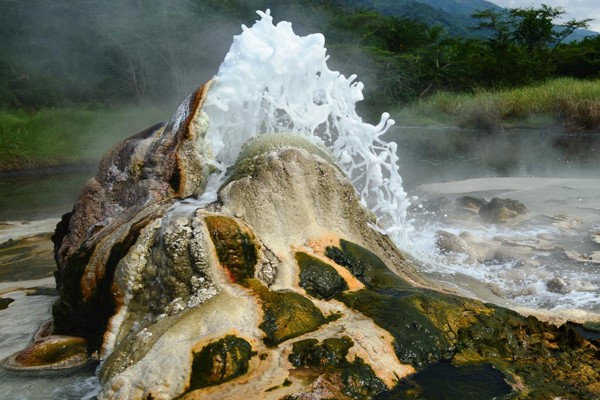 With thousands of tourists visiting Uganda, majority of them always visit the National Parks not knowing that even wildlife reserves offer abundant flora and fauna species. The Toro-Semliki Reserve is one of the oldest and most endowed Protected Areas within the country, after being gazetted in 1926.

It lies near the western border of Uganda with the Democratic Republic of Congo with the nearest Town being Fort Portal (found at approximately 33 kilometers south of this Wildlife Reserve) and its largest part sits on the western Rift Valley between Lake Albert (on the North of the Reserve) and the remarkable Rwenzori Mountains (south-west of the Reserve) that are considered two of the many outstanding attractions bordering the Wildlife Reserve. Due to the fact that it is near these elevated Mountains, it is very possible for tourists on vacation in Uganda to proceed to the site and enjoy a number of tourist activities such as game viewing, nature walks and bird watching.

The Toro-Semliki Reserve is dominated by open Acacia woodland and savannah grassland dotted with patches of borassus Palm forest, an extensive belt of riparian woodland along the main watercourses and large swamps towards Lake Albert. Once one of the best-stocked and most famous Wildlife Reserves within the East African region, it suffered tremendous poaching during the years of civil wars within the country and after the war with Tanzania thus the wildlife are just recovering and you can sight herds of more than 10,000 Uganda Kobs, Reedbucks, Jackson’s Hartebeests, Chimpanzees, Hyenas, Defassa waterbucks, bushbucks, Pygmy Hippos, elephants, Leopards, lions and Buffaloes among others. Surprisingly, it is one of the few places in Uganda where the elusive shoebill stork bird species can be spotted hence making it an ideal birding destination in the country.

Most of the lions that are found within the Wildlife Reserve were just returned to the site after they became extinct, most likely due to the refugees from the conflict in the neighboring Democratic Republic of Congo. However, the strategic location of this Wildlife Reserve is right at the junction of numerous extinct ecosystems and habitats such as tropical rainforests on the shores of Lake Albert.

What to do within Toro-Semliki Wildlife Reserve

This site is a haven to a number of bird species that will be of interest to any bird enthusiastic tourist and the common species include the breasted kingfishers, dazzling Red-throated bee-eaters on the sand banks near Ntoroko. Other species of birds include yellow-throated tinkerbird, Honey guided greenbul and forest hornbills among others.

Boat rides are usually conducted on the stunning Lake Albert with the highlights being the wildlife species such as Hippos and aquatic bird species like the rare Shoebill storks, Abyssinian ground hornbills, red-throated bee-eaters, African Fish eagles and Kingfishers hence making it one of the most reliable sites for enjoying bird watching in Uganda.

Game viewing within this Wildlife Reserve is more or less limited to the main route between Ntoroko and Karugutu that transverses through the Reserve for most of its length. It is very rewarding because offers chances of spotting numerous animals such as elephants, Uganda Kobs, Giant forest hogs, waterbucks, Buffaloes, warthogs during the day game drives yet the leopards and lions can be spotted during night game drives.

Sempaya hot springs are the most interesting attractions within the area and can be explored when you visit Toro-Semliki Wildlife Reserve.

One of the most endowed hiking trails for this activity is the Red Monkey Trail that follows the eastern margin of the Wildlife Reserve to the Semliki River and lasts about 4 hours offering a wide range of bird species and primates such as red monkeys and other mammals like Elephants and Buffaloes in addition to the butterfly and plant species.