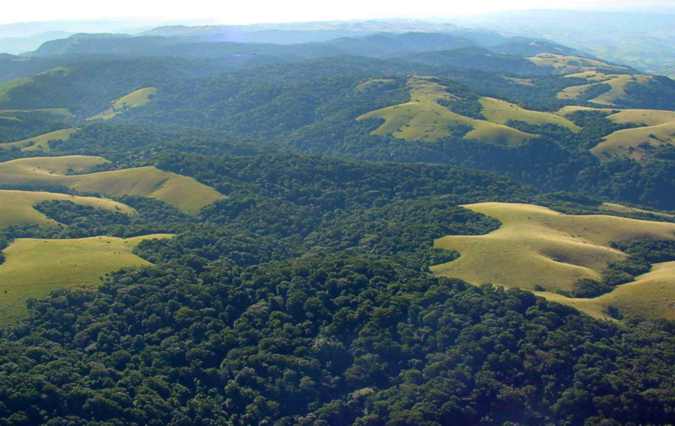 This forest reserve is situated approximately 150 kilometers north of Durban just between Eshowe, Mtunzini and Empangeni. This is a huge remnant patch of coastal forest which spans for about 3903 hectares and straddles on the ridge of hills that overview the Indian Ocean. It is interspersed with patches of rolling grasslands between granite outcrops and features as the only area where you can sight out the Woodward’s barbet in South Africa. This forest reserve is a coastal scarp forest where the base rocks consist of 2 main kinds-the biotite gneiss and hornblende biotite schist. Much of the forest reserve lies on the gneiss at elevation of 300-500 meters.

The range is drained by the Umhlatuzana River and its tributaries in the north and Umlalazi River in the South. The open wind exposed areas of this reserve feature expansive patches of grassland. The forb component of the grassland on other hand is extremely vast with cassia mimosoides, alepidea gracilis, diorama elatum, eriosema cordatum, indigofera eriocarpa, helichrysum adscendens and many more. There are also some local patches of miscanthidium capense, stangeria eriopus as well as Watsonia densiflorus.

There are rocky granite outcrops with lichen that cover the rock domes in the grassland and they normally have bush clumps that include ficus glumosa, canthium inerme, ficus ingens with some valleys holding open syzygium cordatum woodland. Along its margin, there are many trees especially the Burchellia bubalina, Rapanea melanophloes, cussonia spicata and many more. Its large trees stand at 25 to 30 meters high and the dominant trees include chrysophyllum viridifolium, margaritaria discoidea and milletia sutherlandii. This forest reserve receives average rainfall amount of about 1391 each year. It is one of the a few unique forests which feature endemic mammals including Ngoye red squirrel, samango monkeys, mongooses, baboons, bush babies and thick tailed blue duikers.There are also some Zululand dwarf chameleon which is endangered to KwaZulu Natal and most of them call this forest reserve their home as well as forest green butterfly euryphene achlys which is also a rare species in this forest reserve.

This forest reserve can be reached at Mtunzini where you will head to N2 freeway and head inland-in the west. Around a T junction, you turn north and then embark on the old route north to Empangeni. Approximately four kilometers north of the forest Inn, you drive on dirt road prior reaching to an old shell service station. Then drive again for about 5 kilometers and then turn to your right to D1554. You will then proceed through this route past Manzamnyama School on the left then you follow the small track the forest reserve gate is just within three kilometers and there is camp on the left. Most interestingly, the route is well signposted to direct you.