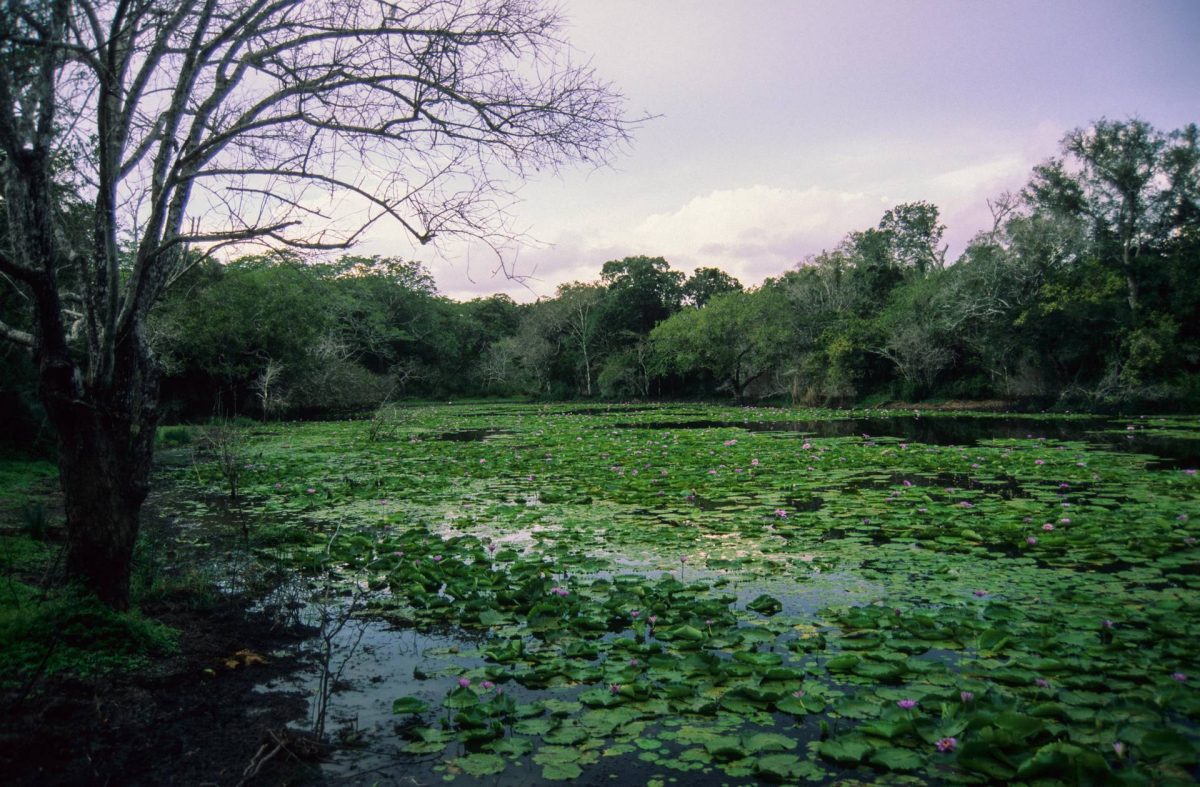 Gazetted in 1976 and Situated at East of Lamu District in the Coastal Province of Kenya is Dodori National Reserve covering only 877 square kilometres of mainly forest area and woodlands that originally offered shelter to high populations of mammals such as Topis, lions, buffaloes, elephants and many others.

Just like most National Parks and Reserves, Dodori National Reserve is controlled by the Kenya Wildlife Service but is part of the vast area that is considered globally as Important Cultural Heritage Site and a cherished Conservation Area by several International Organizations such as World Wildlife Fund (WWF), IUCN and others. Together with the famous Kiunga Marine National Reserve, this Reserve was named a UNESCO Man and Biosphere Reserve in 1980 due to the exceptional aquatic species not found in other areas.

Dodori National Reserve derives its name from the beautiful River that pours its waters into the Indian Ocean at Dodori Creek. This Protected Area (especially within Dodori Creek) is said to be the breeding ground for the East Lamu Topi, species of Pelicans and other extraordinary bird species while the river banks are a wonderful breeding ground for the green turtles and the dugongs but is also famous for the breathtaking pristine sand beaches and mind-blowing cultures.

Much as Dodori is popular for its high population of coastal Topis, it also offers shelter to other wildlife species that include gazelles, leopards, Adder’s duikers, lions, lesser kudus, zebras, Dugongs, sea turtles, sea cows, elephants and greater kudus among others.

The Dodori River flowing through this National Reserve is frequented by a number of aquatic species of birds. Common species of birds encountered include the blue-hooded kingfisher, southern-banded harrier eagles, brown-breasted barbets, honey buzzards and Carmine bee-eaters among others.

This Reserve is popular for several wildlife species such as gazelles, leopards, Adder’s duikers, lions, lesser kudus, zebras and elephants that can be well explored during game drives.

With several aquatic bird species such as the Blue-hooded kingfishers, Violet-breasted sunbirds and brown-breasted barbets, Dodori National Reserve is one of the sites to explore during safaris in Kenya.

Sadly, even with its beauty and numerous attractions, tourism within Dodori National Reserve and the neighbouring Boni National Reserve has been greatly slowed because these two Protected Area have always been hideouts for rebel groups especially the Alshabab who often attack rangers and tourists. Nonetheless, the Government of Kenya is trying its best to improve security in the area.