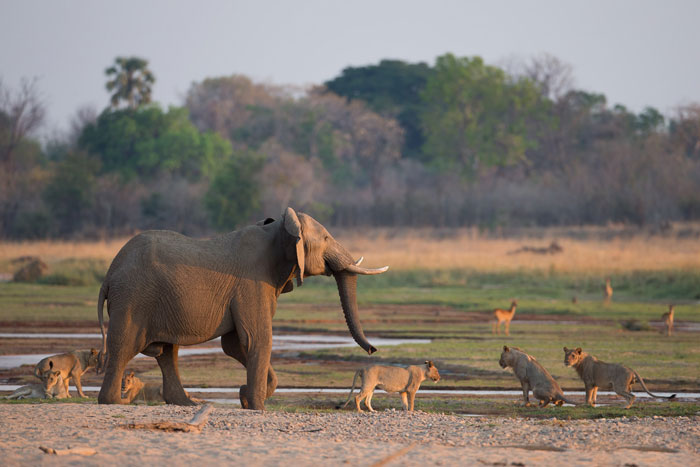 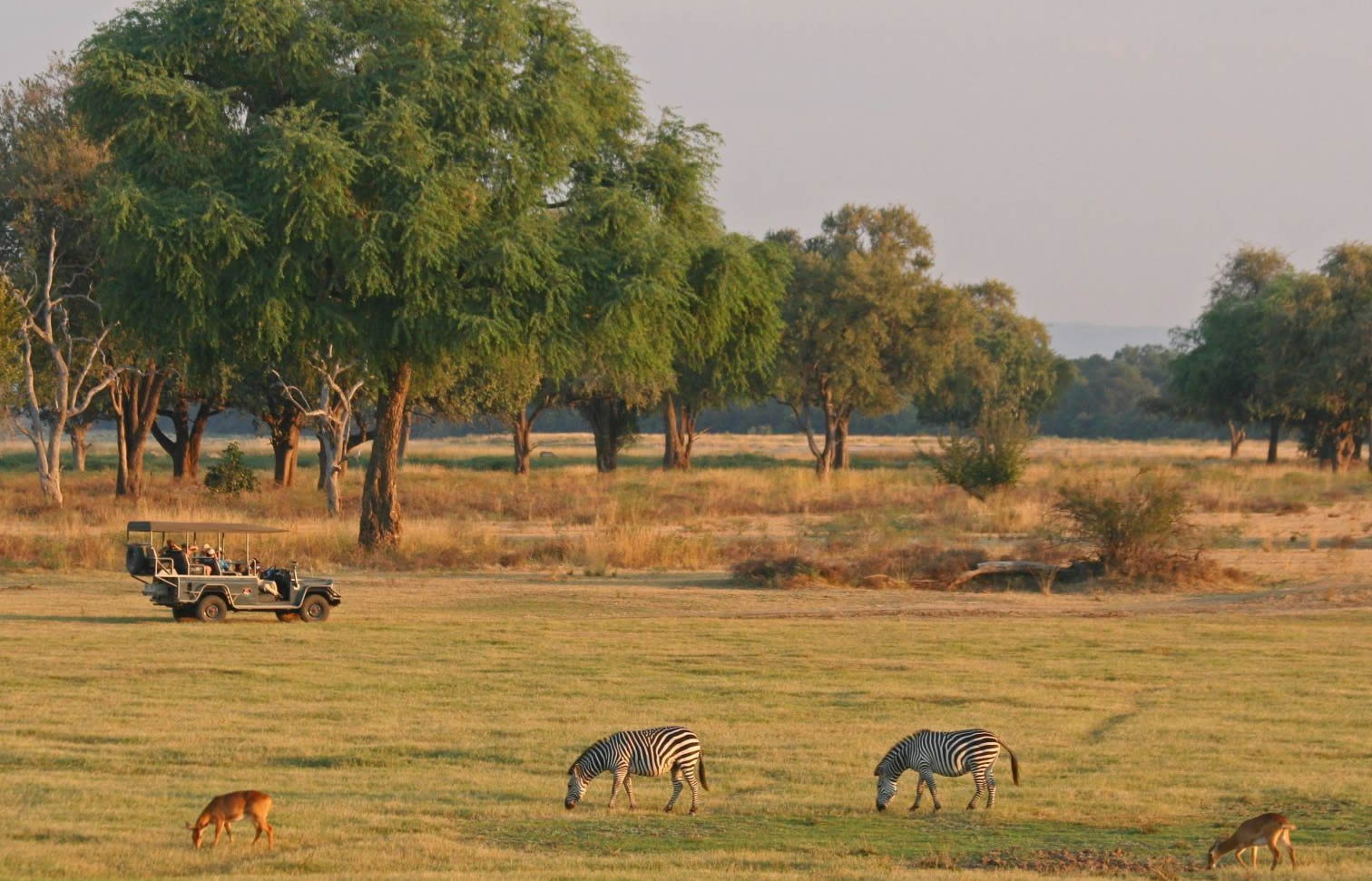 If you are interested in spotting all the big five animals at a close range during your trip in Zambia, then North Luangwa National Park is where you have to go for a safari. Considered the most successfully managed Park in the whole of Africa where anti-poaching programs are surprisingly effective, this National Park extends for an area of 4636 square kilometers (1790 square miles) of greatly untouched wilderness, which is very difficult to find anywhere else in Africa. North Luangwa National Park was once almost forgotten and definitely heavily poached but now offers a wonderful wilderness experience.

First established as a game Reserve in 1938 and later a National Park in 1972, North Luangwa is the northern most of the three National Parks within the Valley of Luangwa River. Just like South Luangwa National Park, the River Luangwa is found on eastern borders of Northern Luangwa whereas it rises to sweep over a stretch of the Muchinga Escarpment to the west and lies on the western banks of River Luangwa bordered on the other side by the majestic Muchinga Escarpment that rises more than 1000 meters above the valley floor.  This destination offers seclusion and exclusivity with limited access to the public hence keeping the Park protected and unspoiled

The once in a lifetime chance of exploring this park is one of the outstanding opportunities any tourist will ever have to experience Africa as it was in the past. Much as it was declared a Protected Area, it was originally not open to anyone (including tourists) except for the rangers of the Game Department for more than 30 years. However, Major John Harvey and his wife Lorna were given permission in 1984 to conduct walking safaris within the area and for several years, they were the only operators in this African wilderness.

There is two season-rainy season that is generally hot and humid from December to March and is perfect for bird watching much as track and roads become impassable due to heavy rains.

The dry season is from June to September with the daytime temperature being 24 Celsius degrees but with cool nights and is the best time for visiting the Park, especially for game viewing.

There are several tributary rivers that run through the National Park and into Luangwa which play a significant ecological role in the site and the crystal clear River gushes down the escarpment in sequence of small waterfalls but reduces in the dry season thus leaving numerous pools along the way that draw numerous animals from the bush to its banks in search of water. The Vegetation here ranges from Mopane woodland to the riverine forest as well as Acacia thicket and open grasslands with the tree species being vegetable ivory palms, sausage trees, Leadwood, and Red Mahogany.

The natural beauty of exploring this National Park is the most unforgettable opportunity to experience Africa as it used to be. However, no game drives are allowed within the Mwaleshi area and access is always by organized walking safaris only.

Permission to conduct walking safaris within this Park is granted to few tour operators. Walking safaris allow tourists to spot the trees and tinny animal species that cant otherwise be seen during game drives.

This is another activity to enjoy within north Luangwa National Park.

Mwaleshi Camp is the most important facility within this Park much as Campsites are also available for tourists interested in participating in camping.

Therefore, North Luangwa is one of the extraordinary destinations offering one of the finest wilderness experiences within Zambia, if not Africa as a whole. The Luangwa Valley within this country is magnificent and remote and is known as one of the few truly wild destinations in the African continent offering magnificent views of extraordinary wildlife species such as Cookson’s wildebeests, antelopes, and Crawshay’s zebras among others.