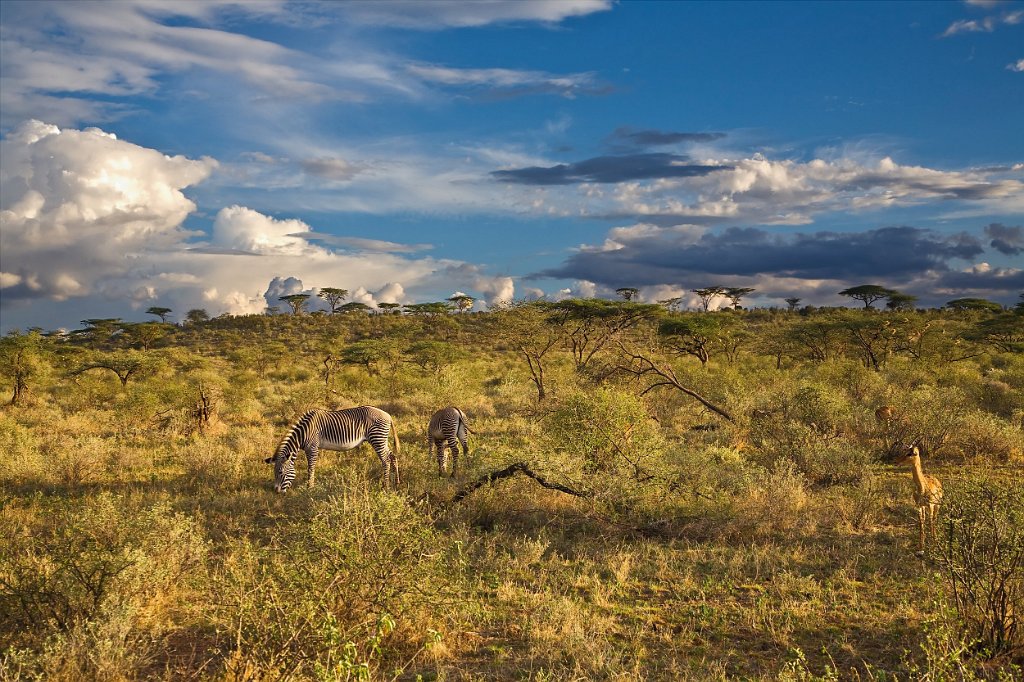 Gazetted in 1985 and found in Samburu district within the Rift Valley Province of Kenya, this rugged and semi-desert National Reserve extends for 165 square kilometers in size and sits on the banks of Ewaso Ng’iro River within Kenya while on the other side of the River if the Buffalo Springs National Reserve. The altitude of the area ranges from 800 to 1230 meters above sea level while at the Center of the Reserve is the Ewaso Ng’iro River that drains through the Doum Palm groves and dense riverine forests thus providing enough water without which the wildlife species within this arid region wouldn’t have survived. Historically, this exceptional Reserve is one of the two places where popular conservationists Joy and George Adamson raised and took care of Elsa the Lioness that was popular in the best-selling book and award winning film-Born free.

When you visit this National Reserve, you will learn about the exceptional Lioness referred as Kamunyak who was known for adopting and taking care of Oryx calves. Due to the closeness to Buffalo Springs, it can be accessed from Ngare Mare and Buffalo Springs gates and when you get the chance to enter the Reserve you will enjoy the views of two prominent and visible Mountains known as Ololokwe and Koitogor. 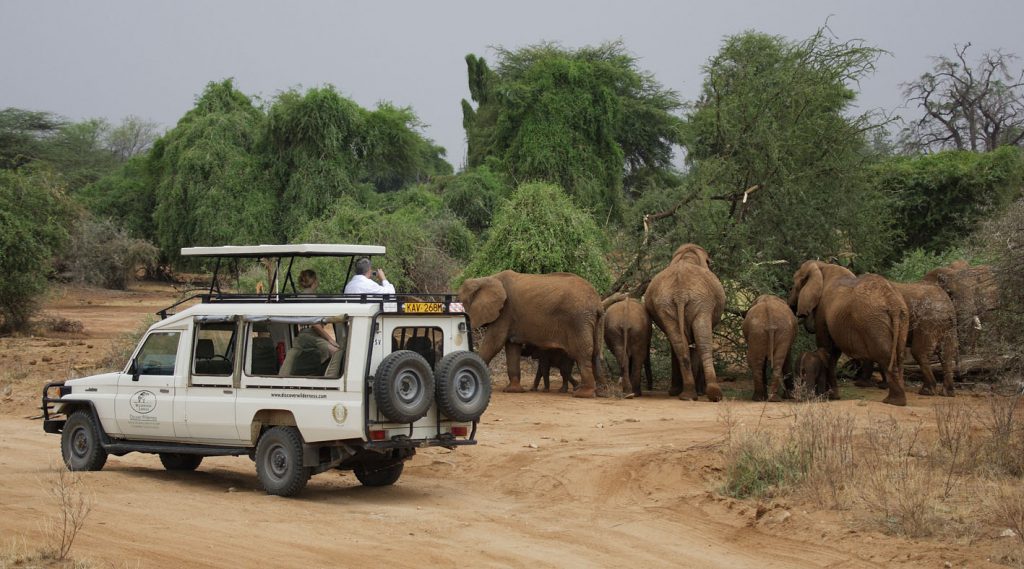 Elephants seen while on Game drive in Samburu

The weather if this site is mainly dry and hot during the day as well as cool during the evenings and nights but the average maximum temperature is about 30 Celsius degrees  and minimum of 20 Celsius degrees. There are two seasons-rainy season from March to May (long rains) and the short rains from November to December but the dry season is from July to October and January to March.

The Ewaso Ng’iro River (literally translated as brown water) that flows through the Reserve and the landscape with open savannah grassland vegetation, acacia, thorn trees and riverine forest is known for its serenity and draws wildlife species from across the Reserve. Therefore a wide range of game species native to Kenya’s northern plains are common here and some of the wildlife species to be encountered include Hippos, Olive baboons, waterbucks, Grevy’s zebras, Tanzanian cheetahs, Impalas, Grant’s gazelles, reticulated giraffes, lions, leopards, Gerenuk, Kirk’s Dik-dik, Beisa Oryx, warthogs, Elephants and Cape buffaloes among others. However, the rhinos were once found at the Reserve and are no longer present due to heavy poaching. Also, there are several crocodiles within the Ewaso Ng’iro River. 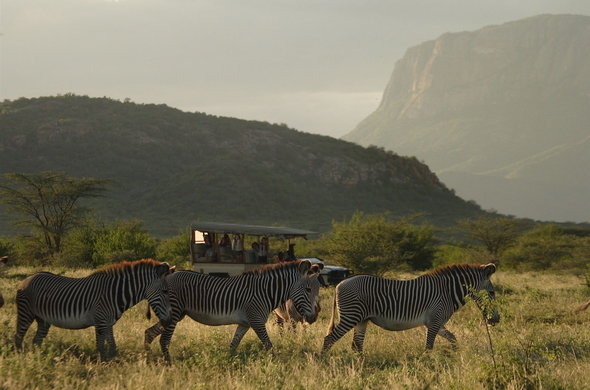 Additionally, more than 350 species of birds are found within Samburu National Reserve, making it a real bird haven but the common ones include the Palm-nut vultures, grey-headed kingfishers, yellow-billed hornbills, Tawny eagles, sunbirds, Lilac-breasted rollers, bee-eaters, Marabou storks, Northern red-billed hornbills, Bateleur, yellow-necked spur fowls, Secretary birds, Somali ostriches, Guinea fowls, Superb starlings and many others. However due to its remoteness and long distance that makes it inaccessible by tourists, the National Reserve has maintained its natural, authentic, quiet and serene environment.

Samburu National Reserve is known for the Samburu tribe who surrounds the site and are known for the remote and mesmerizing culture as well as the nomadic and pastoral way of life. Their lives entirely revolve around cattle and when you visit the area, your mind will be blown by everything you learn about them. It is also from these people that inhabited the area for many years that the Reserve derived its name from.  Activities to do within this Reserve are game viewing, bird watching, Samburu cultural/village tours and nature walks.

How to get to Samburu National Reserve

The natural and unfenced savannah grasslands of Samburu National Reserve are approximately 350 kilometers (217 miles) from Nairobi City. It can be reached by both road (5-hour drive and is accessible through Archer’s and Isiolo post) and air transport (daily flights from Nairobi to Samburu)