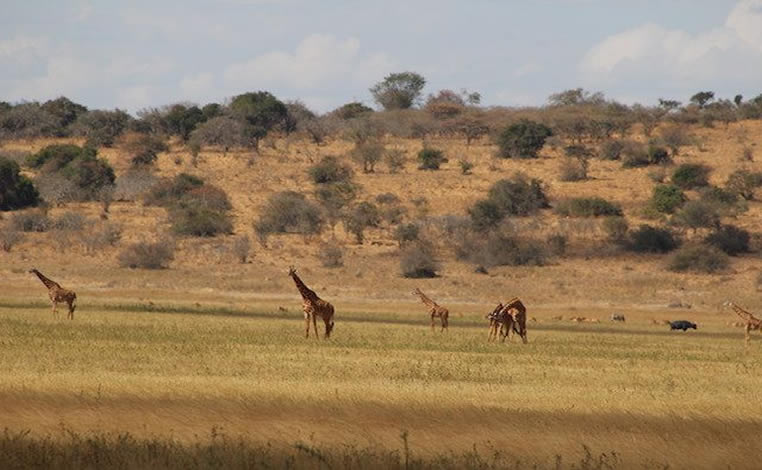 An Overview of Akagera national park

Akagera national park is found in the northeastern part of Rwanda, along the country’s border with Tanzania. The park is approximately a three hours drive from Kigali Rwanda’s capital. It is Rwanda’s premier destination for those looking for stunning wildlife safaris. Akagera national park is named after River Kagera which flows along its eastern border.

The park is dominated by swamps and small lakes which flow in the wake of River Kagera. The water sources all come together to create a beautiful spectacle as well are a remarkable ecosystem. The park is home to elusive wildlife as well as over 500 bird species. It hosts a number of mammals with the most sought after being lions, Rhinos, buffaloes, elephants, giraffes, Zebras and hippos among others which provide great photographic moments.

If you are looking for a typical Rwanda wildlife safari to see a wide variety of African savannah animals, Akagera national park is the only savannah park which offers impeccable game safaris in Rwanda. In this article, I will discuss how the game drive is done at Akagera national park and what makes it stand out

What is a game drive? 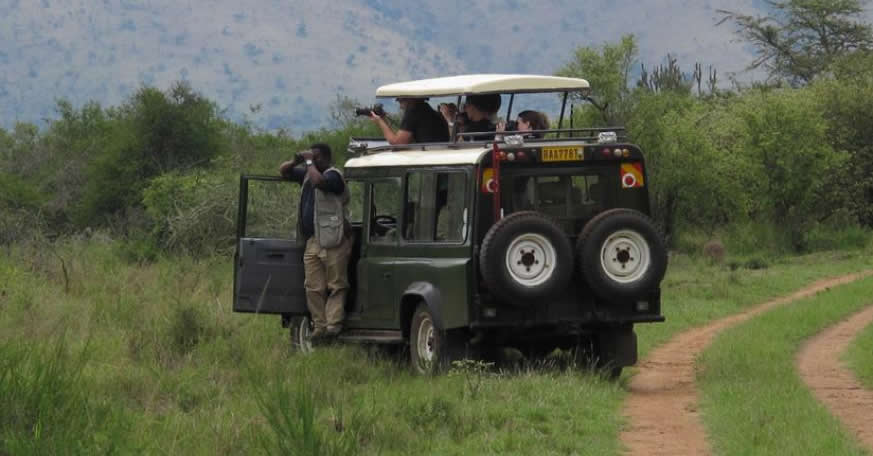 The term game drive comes from two words ‘game’ and ‘drive’ where ‘game ‘ refers to non-domesticated animals usually known as wildlife and ‘drive’ the action of driving a vehicle. A game drive is therefore an adventure that involves viewing wildlife while in a 4×4 customized safari vehicle with the guidance of the game ranger.

The purpose of a game drive is to reward a guest with the opportunity to search for the wild game in their natural surroundings. Game drives often times vary in length and distance depending on the individuals’ preferences. It is important to remember that game drives are the highlight of most savannah park safaris in Africa, not to mention Rwanda’s Akagera national park.

What are the top attractions that can be seen on a game drive in Akagera national park? 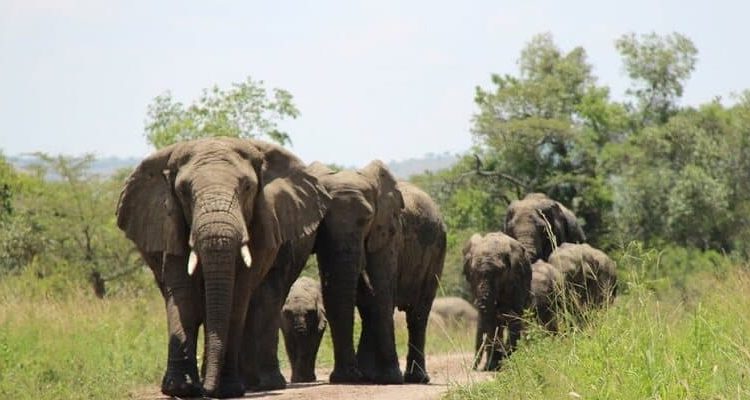 Akagera national park is home to a diversity of wildlife ranging from a complex blend of landscapes to vegetation as well as animals. The park consists of panoramic views of swamps, open grasslands, lakes, and woodlands. Here are some of the animals at the park; giraffes, impalas, topis, zebra, bushbuck, hyenas, common duiker, black-tailed mongoose, African swallows, eland, vervet monkeys, hippos, warthogs, fefassa waterbuck, oribi, reedbuck, roan antelopes, sable, buffaloes and many others.

Akagera national park hosts over 500 bird species which makes the park a great birding destination in Rwanda. Some of the birds found at the park include a great number of water-loving birds, the grand fish eagles, raptors, shoebill stocks, the lesser kestrel, the greater sniper, the long-tailed citole, and so much more.

What are the forms of game drive that are enjoyed at Akagera national park?

Akagera national park offers three main forms of game drives which visitors are free to engage in as they watch nature reveal its treasures. Here is an overview of each and how it stands out to reward participants with a once in a lifetime adventure; 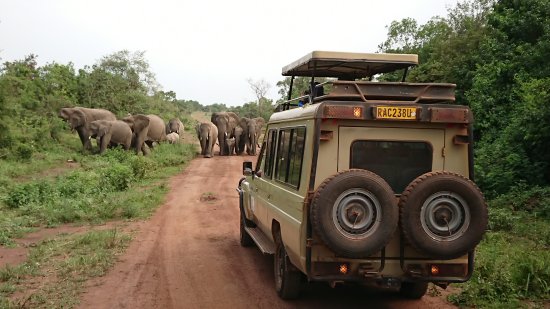 Day game drives at Akagera national park are subdivided into morning and evening or half-day to full-day which are often guided drives with the company of a game ranger. They are the most fantastic drives in the park where visitors move from the south to the north viewing many animals as well as the magnificent views across Lake Ihema towards Tanzania.

This is a great opportunity to view stunning landscapes adorned with different wildlife. Some of the animals you may see while on a day game drive include giraffes, impalas, topis, zebra, bushbuck, African swallows, eland, vervet monkeys, hippos, warthogs, fefassa waterbuck, oribi, reedbuck, roan antelopes, sable, buffaloes and many others.

The night game drive is a thrilling adventure for viewing nocturnal animals at Akagera national park. This 2 hours drive is arranged separately upon prior booking as it rewards guests with a somewhat different perspective altogether. With several spotlights, visitors are able to see wildlife creatures of the night come to life. There is a big opportunity to view predators on the prowl as they look for dinner as well as birds. These include leopards, jackal, civets, serval cats, hyenas, bush babies, owls, nightjars and many others.

How is game drive done at Akagera national park? 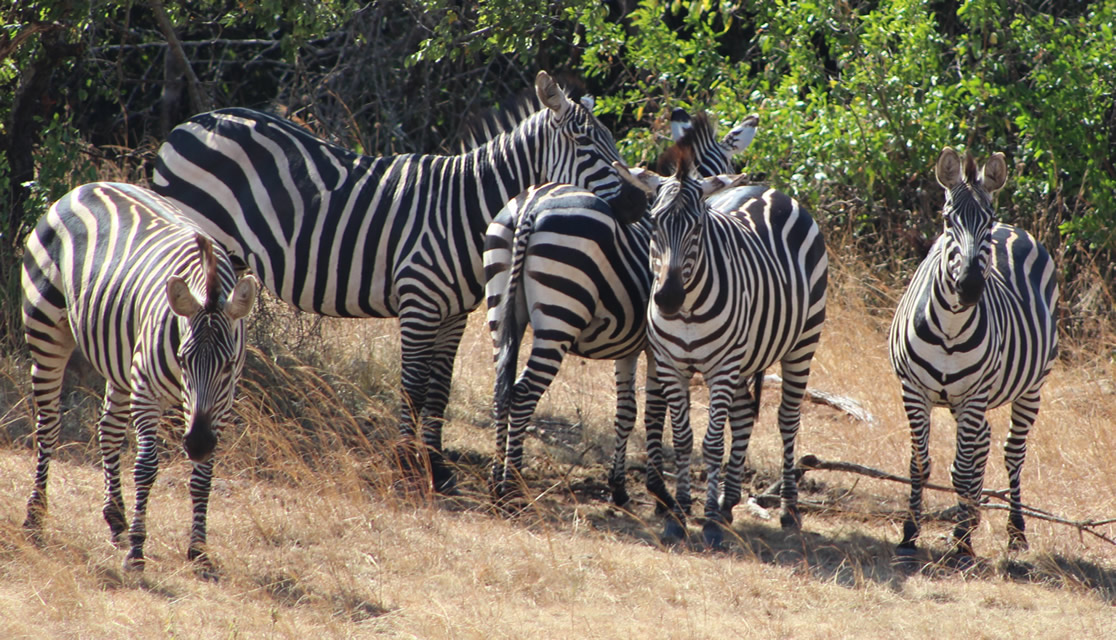 Game drive at Akagera national park is often done in the northern part of the park. Upon arrival at the park, visitors are expected to pay park entry charges after which they can hire a guide to take them around the park. Once all these are covered, a guest is led by the guide to the lush savannah plains to enjoy an incredible game viewing adventure. During the game drive, visitors are allowed stopover moments to capture pictures of animals, landscape as well as ask burning questions about the park. At the end of the game drive, visitors are free to engage in other activities making it a memorable experience that every visitor to Rwanda ought to tryout.

Why go on a game drive at Akagera national park?

The game drive is by far the most incredible way for visitors to enjoy a classical wildlife safari feeling while in Rwanda, a country popularly known for mountain gorilla safaris in Africa. Since animals and nature set the agenda, game drives are an exciting way to view the park’s savannah plains beaming with iconic wildlife, rolling hills, lush vegetation and many more. It is the most captivating way to see numerous birds, animals and most certainly the African big five: lion, leopard, buffalo, rhino, and elephant. Therefore, in case one is interested in thrilling Rwanda wildlife safari, then Akagera national park game drive is an ideal option to choose.

Similarly, game drives are an adventurous way of rewarding visitors with the surprise feeling of the true African wilderness. They are a unique way of experiencing the unexpected such as sightings of wildlife stationed in the middle of the road or near your lodge. This is what makes a game drive fascinating especially the fact that Akagera national park is the only destination in Rwanda where such an experience is enjoyed.

Rule: Visitors are encouraged to carry and present their documents for verification at any entry points to the park before enjoying any activity. These include receipts, Identity cards among others.

Reason: Visitors can only access activities they have paid for while at the park not to mention park entry charges.

Rule: You are advised to drive at 40km per hour (25mph) speed while in the park.

Reason: This is to avoid accidents where a visitor knocks down an animal which attracts fines.

Rule: Visitors are encouraged to stay in the vehicle and observe the animals quietly with minimum disturbance.

Reason: This is because animals in the national parks are accustomed to game viewing cars and may not see them as a threat. This may not be the case with humans since some animals may see them a prey especially the predators.

Rule: Do not feed wildlife while on your tour.

Reason: Animals usually get accustomed to Humans and their food hence may become a nuisance and danger to camp and safari-goers.

Rule: Do not litter the park during your game drive with either recyclable or non-recyclable items.

Reason: Items tossed on the ground may choke or poison animals in the park.

Rule: Wear neutral colours while on your safari.

Reason: Animals notice bright colours easily thus can easily be distracted while others may even leave. It has also been alleged that Tsetse flies are attracted to colours blue and black.

Reason: Off tracking destroying the natural habitat of the animals and may cause accidents or even death of those that rest near the track paths.

Rule: Driving in the park between 7:30pm- 6:30am is not allowed except for the parks that do night game drive with rangers and at a cost. A special safari vehicle is also required customized with maximum spotlights.

Reason: Animals are free to move in their habitat at all time and most nocturnal ones may easily be knocked down in case a visitor is not careful.

Rule: Avoid motor horn sounds while driving in the park.

Reason: Motor sounds tend to scare away animals while on game drives. In case the animals are moving along the tracks, the rangers will guide you accordingly on how to go about it.

What is required of a visitor to enjoy a game drive at Akagera national park?

It is a prerequisite for most parks in East Africa to charge Park entrance charges for one to enjoy a game drive hence Akagera national park is no exception in this circumstance.

In Akagera national park, a game drive typically takes place in a Custom 4wd safari vehicle whose roof can be lifted to allow a visitor lookout at animals especially when the car is stationary. This offers guests a fantastic view of the animals as well as excellent photographic opportunities.

Visitors interested in enjoying night game drive are advised to carry Extra lights which they add to the vehicle lighting. This is to provide a clear vision of the nocturnal animals at the park which are always active at night. These include the leopard, jackal, civets, serval cats, hyenas, bush babies, owls, nightjars and many others.

It is recommended to hire a Game ranger who will guide you along the tracks in the search for the wild game as well as lead you to the best spots where a visitor may see numerous wild animals.

You may need to carry a camera to capture all exciting wildlife adventures in Akagera national park. It is from the photos taken that guests create a world of memories.

A pair of Binoculars are an ideal way to allow you to see the animals that are some distance away from the car. They make the experience of game viewing even bigger.

Visitors are encouraged to park clothing that can withstand different temperatures. For instance, temperatures tend to fluctuate from cold evening/ mornings to very hot days depending on the season thus a visitor should park accordingly. Here are some suggestions; light neutral coloured clothes, short and long-sleeved t-shirts, shorts and long trousers, lightweight rain jacket and many more.

In the case of the fierce sun, a hat, sunglasses, and sunscreen are important to protect you from the sunshine.

When is the best time to do a game drive in Akagera national park?

Visitors can go for a game drive at various times throughout the day. This is why I believe that the best time to go on a game drive depends on which wildlife species a visitor is interested in seeing. A game drive in the morning or evening for instance is an ideal choice since most animals are active during this time. In the morning and evening hours, most animals are more lively compared to the middle of the day hour where they are often sweltering. During morning and evening, one can easily view animals as they make their way to water points, graze as well as they prepare to hunt. However, this is not the case with nocturnal animals whose action comes to life during the night. These hunt their prey during the night, feed and do rest when its day time.

In conclusion, although game drive at Akagera national park and Rwanda as a whole is not as prominent as that of her neighbours; Uganda and Tanzania, it is, in my opinion, a great way of viewing the breathtaking wildlife in this land of a thousand hills.