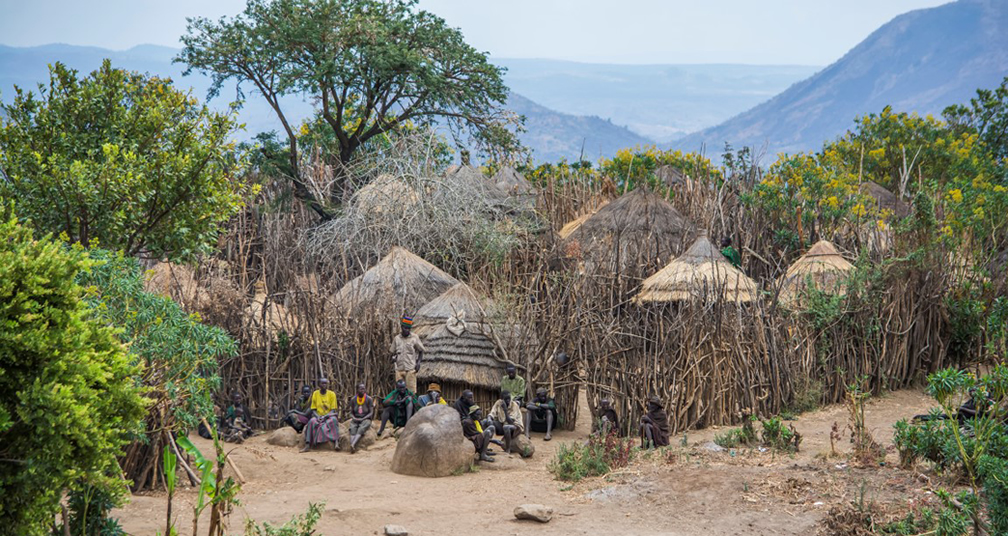 It’s a tribe with the smallest number of people in Uganda. Ik tribe is situated in northwestern Uganda and part of cultural safari to the guests of Kidepo Valley National park. It’s believed that the Ik migrated from Ethiopia to Kenya and then shifted to the Karamoja region.

At first, the Ik people kept a few cattle but were confiscated from them by the Karamajongo worriers who overpowered them. Sadly the Ik people abandoned cattle raring and resorted to hunting and growing food crops.

The 1960s protection and wildlife conservation movement forced the Ik to vacate the game reserve to mount Morungole ranges to date. The cultural / community tour to the Ik community will enable you to listen to their historical stories, enjoy local music, dance and drama, learn more about their daily activities, and so on. When you visit Kidepo Valley National Park and you miss visiting Ik community, the count is a big loss. 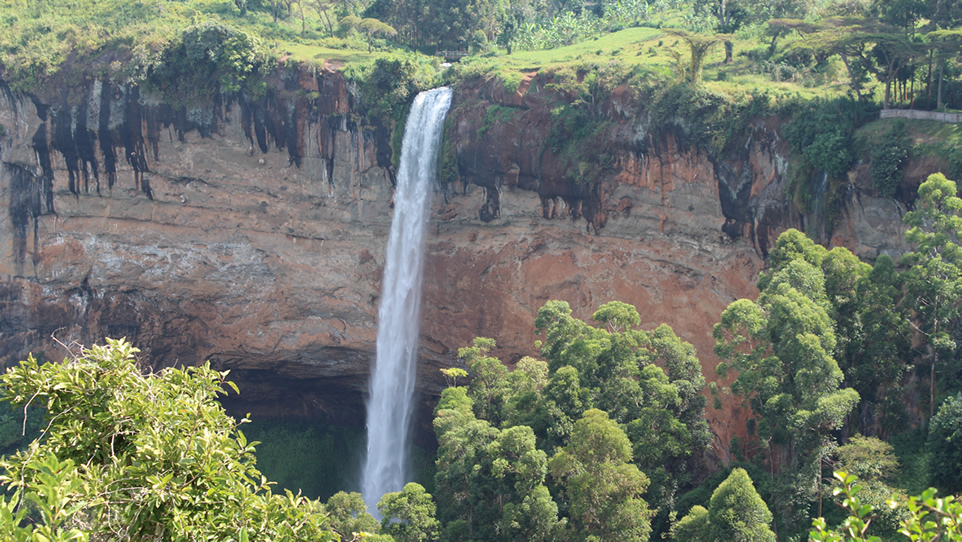 It’s one of the strongest waterfalls Uganda has. Sipi Falls is a series of three waterfalls in Eastern Uganda in the district of Kapchorwa. The falls lay on the edge of Mountain Elgon National Park situated at the border of Uganda and Kenya.

The Sipi Falls area is the starting point for many hikes up Mt. Elgon. The most popular route starts in Budadiri and follows the Sasa trail to the summit and then descends down the Sipi trail back into the Sipi Falls. Hikes around the falls offer stunning views of the Karamoja plains, Lake Kyoga, and the slopes of Mt. Elgon. The strong water flowing from the uplands of Mount Elgon downslope is among the unique tourist attractions to see on a Safari in Uganda and situated 5hrs drive from Kampala to the falls. Mount Elgon Hikers should not mist the unique photos of the falls. Sipi falls trip should be part of the hiking tour to Mountain Elgon.

The Ssese Islands is a series of eighty-four islands situated in the northwestern part of Lake Victoria in Uganda. The islands make up Kalangala District in which does not have any territory on mainland Uganda. Bugala Island is the largest among all islands which makes up Ssese islands. Kalangala is located approximately 51 kilometres (32 mi), across the water, southwest of Entebbe, in Wakiso District, on the Ugandan mainland. You can take holiday on Ssese Islands to enjoy the fresh air, do swim, sport fishing among others. 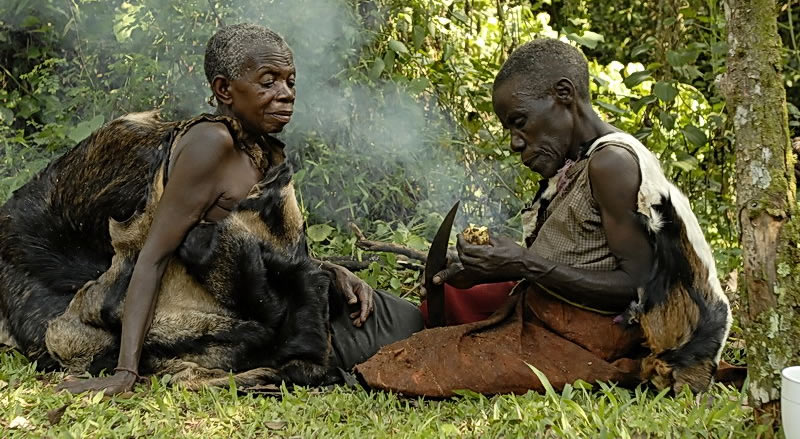 The Batwa Pygmies are known as “the Keepers of Forest” as they still share Bwindi and Mgahinga forests with Mountain Gorillas. Though they never hunted Gorillas but have increased the risk of infection to the primates which share 98% DNA with humans. The Batwa tribe is the second smallest tribe after the Ik in North Eastern Uganda. The Batwa survived by hunting small game using arrows or nets and gathering plants and fruit in the rain forest. They lived in huts constructed of leaves and branches, moving frequently in search of fresh supplies of food. The Batwa lived in harmony with the forest and its creatures, including the mountain gorillas, for millennia. Some anthropologists estimate that pygmy tribes such as the Batwa have existed in the equatorial forests of Africa for 60,000 years or more.

The Batwa community tour is part of Uganda Gorilla safari in Bwindi Impenetrable National Park and Mgahinga Gorilla National Park. Meet Batwa for music, dance and drama, storytelling from elders among others.

The Bambuti people are slightly linked to the Batwa of southwestern Uganda. The Bambuti are a huntsman – gatherer community originates in the western part of Uganda. In Uganda, the Bambuti are found in Bundibujo and Kasese districts. They also dwell in the tropical forests of the Congo River Basin alongside the Ugandan border by means of the Democratic Republic of Congo. They are believed to be the original inhabitants of the areas of Rwenzori mountains earlier than the arrival of other Bantu tribes. They are believed to have come from Congo Forest in the Democratic Republic of Congo (DRC).

The Bambuti are good at shifting from place to place looking for food and safer areas. Men and women dress in a belt would round the waist, with a piece of bark cloth attached to the belt in the middle of the back, brought down between the legs and fixed against the belt front. It’s not common for the Bambuti to put on clothes as Bantu does, they usually go stark naked though, occasionally, some of them may be found with a brass-wire bangle.

When you visit Mountain Rwenzori National Park for mountaineering, add a cultural tour of the Bambuti community.

To mark eclipse in Uganda, two monuments have so far been constructed. One monument was built in Pakwatch district and another one in Mbarara district. Pakwatch’s Owiny Primary School was singled out as a prime viewing location in 2013- a monument was built at the best viewing point in Pakwatch and another one was built in 2014 in Mbarara district at Biharwe neighborhood near Igingo cultural center.

The smallest Ugandan chapel is situated on Biku Hill. Established in 1996, it was founded by now-retired Archbishop of the Church of Uganda, His Lordship Henry Luke Orombi in partnership with a Korean pastor known as Pastor Song. According to the Guinness Book of World Records, the smallest chapel in the world can be found on the Niagara River close to Niagara-on-the-Lake in Canada. Known as the Living Water Wayside Chapel, it was built in 1969 by the Christian Reformed Church and can contain only 6 people but the Ugandan chapel accommodates three people.

When you search more, you find the Island Chapel found in Oneida New York which accommodates two persons. Therefore, the Guinness Book of World Records should be updated. 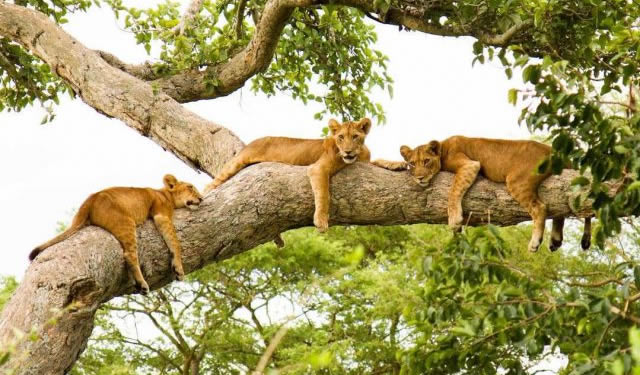 It’s a world of wonders, gifted with the unique tree-climbing lions, the olive baboon, birds, insects, flowers among others. Ishasha sector connects Queen Elizabeth National Park and Bwindi Impenetrable National park so, you can enjoy a game drive through but you can decide to stopover for overnight at Ishasha Jungle Lodge, Ishasha Wildness Camp, Enjojo Lodge and Ishasha wilderness camp among others.

The hill is located in Bugabula sub-county, Buyende District, in Uganda’s Eastern Region. This is about 42 kilometres (26 mi) north-east of Kamuli, the nearest town. Kagulu is approximately 106 kilometres (66 mi) north of Jinja, the largest city in the Busoga sub-region. It’s also known as the Kaguru Rock rising at 10,000 feet above the sea level. According to history, the rock Marks the settlement of the Basoga as they migrated from Bunyoro during the reign of Prince Mukama. If you are keen at climbing, add Kagulu hill to your Uganda safari package. 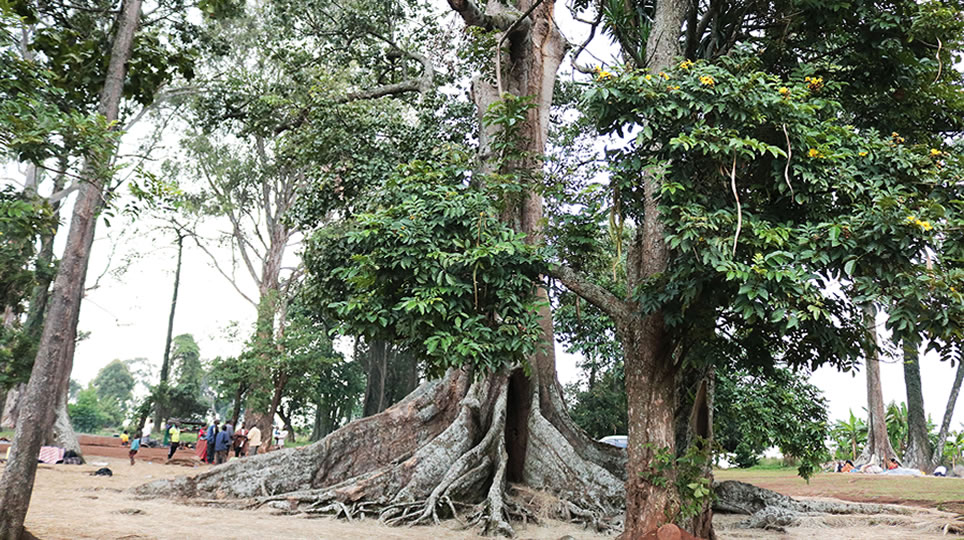 Situated at Mubende Hill and believed to have existed for over 400 years.  Nakayima tree was planted by Nakayima the wife of Ndahura- the former ruler of the Bachwezi during that era. It’s believed that the tree contains the spirit of Ndahura and many people visit the tree for spiritual blessings.

Situated 10kms away from Fort Portal town. Amabeere Ga Nyina Mwiru means “the breasts of Nyina Mwiru”. According to local tradition and the Toro folklore the caves acquired the name after King Bukuku of Toro chopped off the breasts of his daughter Nyina Mwiru and had them thrown inside these caves, following a prophecy that the daughter would one day get married and have a son, Ndahura, who would kill the king and take over his throne. According to local legend, the prophecy came true. The liking of the breast like features excites many tourists and the formation of the cave in the limestone region.

It’s situated in southwestern Uganda in Kisoro district. It’s one of the deepest Lakes Uganda has. It’s a crater lake hidden in the uplands of Kisoro. The area is surrounded by the Bakiga and the Bafumbira tribes. When you take a canoe ride on Lake Mutanda, visit the different islands, and among them is the punishment island where the girls who got pregnant before marriage were taken, abandoned, and die of hunger. The poor men, who couldn’t afford a dowry, used to go to the island to rescue some of the abandoned girls and took them for marriage. The ones who were not rescued died on the island. On Lake Mutanda, people carry out fishing to earn a living. 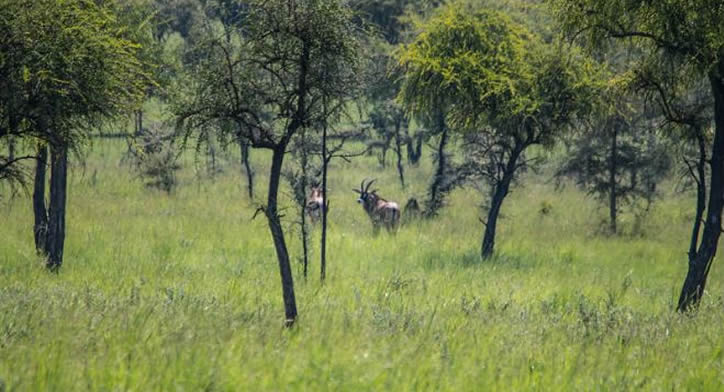 The Pian Upe in Northeastern Uganda

It’s the second-largest game reserve after Murchison Falls National Park. It’s situated in the Karamoja sub-region of northeastern Uganda. It’s one of the best-kept secrets of Uganda because its existence is known by a few people. While in Pian Upe wildlife reserve, you can do a cultural tour, Visit Napendio cave, enjoy a game drive to search for different animals and birds, and mountain climbing among others.

-January – March: This is the best time to visit Pian Upe. The vegetation is dry, you have clear views and animals gather at the water sources which make it easy for game viewing and take clear photos.

-April – October: rainy season, therefore muddy or even impassable roads and game drive tracks. The tracks are not well developed so, in the wet season, it can be a bit challenging), lush vegetation, bad hazel views.

-November – December: dry season but still lush vegetation that makes it difficult to spot animals, hidden in the grass, treetops, and so on.

In conclusion, therefore, besides the most popular tourists destinations Uganda has, the country has so many unique and less crowded places to visit on your guided or self-drive safari in Uganda. Note that, access to all these parks requires a 4×4 car especially in the rainy season. The good news is that car rental in Uganda has been made easier and cheaper due to the many car hire agencies around Kampala, Entebbe, and Jinja. You can rent a reliable 4×4 from as low as USD35 per day without fuel.