Golden monkeys mostly leave in the highland mostly near bamboo, they are previously believed to be a subspecies of the blue monkey and the two are similar only that the golden monkeys have an orange stripe on their upper flanks of the back.

Golden monkeys live in a social group of about 30 individuals and their deity mostly consist of bamboo, leave and fruits however, sometimes they also feed on insects.

The main attraction in Mgahinga Gorilla National Park is gorilla trekking but a visit to this park is incomplete without reaching the bamboo area of this thick forest to visit the golden monkeys.

Golden monkey tracking is among the highlights of a tour to Mgahinga Gorilla National Park in the southwestern part of the country. These monkeys are local subspecies of the widespread Sykes monkeys, mostly known as the “blue monkey” and are endemic to the high altitude forest of the Virunga Massif in the east and central Africa. These primates are rare and listed among the most endangered species. The monkeys are energetic and curious and regularly spend their time jumping from bamboo branches or in a lively way on the forest floor towards the base of the volcanoes and have overcome their initial shyness to accept their everyday visit by researchers and tourists. 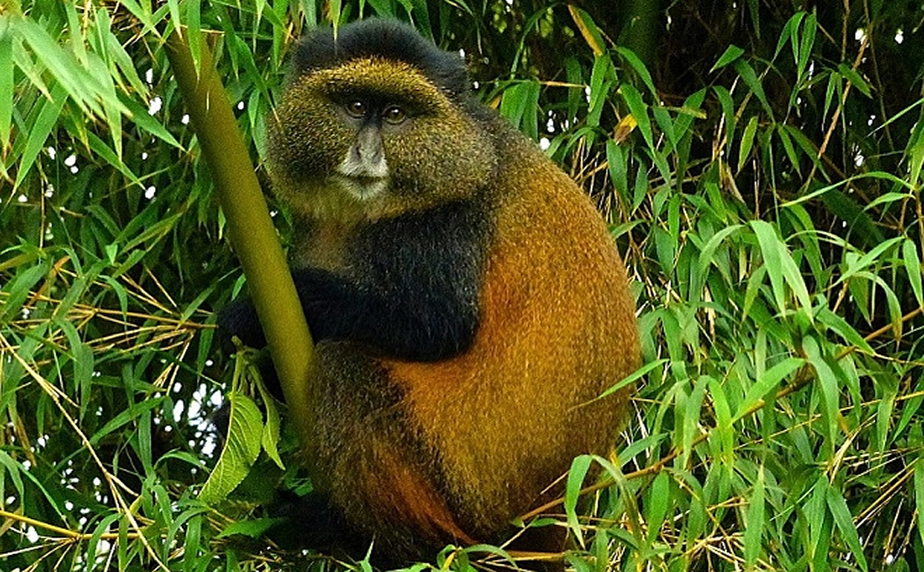 There are several habituated families/groups of Golden Monkey in the park and tourists still can get a chance to participate in golden monkey habituation and this amazing experience can cost only 100$.

When tracking golden monkeys, you will follow the same procedures you use when tracking mountain gorillas. Golden monkey tracking in the park mostly takes place in the mornings and tourists are allowed to stay with them for a maximum of one hour.

Golden monkey trekking in Mgahiniga Gorilla National Park starts from the park headquarters of 08:00 am in the morning every day taking around 2-4hours. The number of tourists visiting these animals is not limited and the fee for Golden Monkey Permit in Uganda is currently USD50 per person per trek for foreign nonresidents, 40$ per person per trek for foreign residents, and 20,000UGX for East African residents. Golden monkey trekking permits can either be booked in advance or booked at the national park head offices in the morning the day your planning to trek because the number of visitors going for golden tracking is not restricted. Trekkers can hire porters at the national park headquarters in case they need someone to help them carry their bags.

These animals are frisky and spend most of their time jumping from tree to tree which is really entertaining, in case of any problem in the photograph! You’re advised to set your camera to fast shutter speed to allow for low light in the thick undergrowth and to improve your chances of capturing these animals on film.

Trekking golden monkey is the best way to spend an extra day in the Mgahinga National Park after gorilla trekking and if you’re a wildlife lover, this is a rare and amazing experience not to miss! 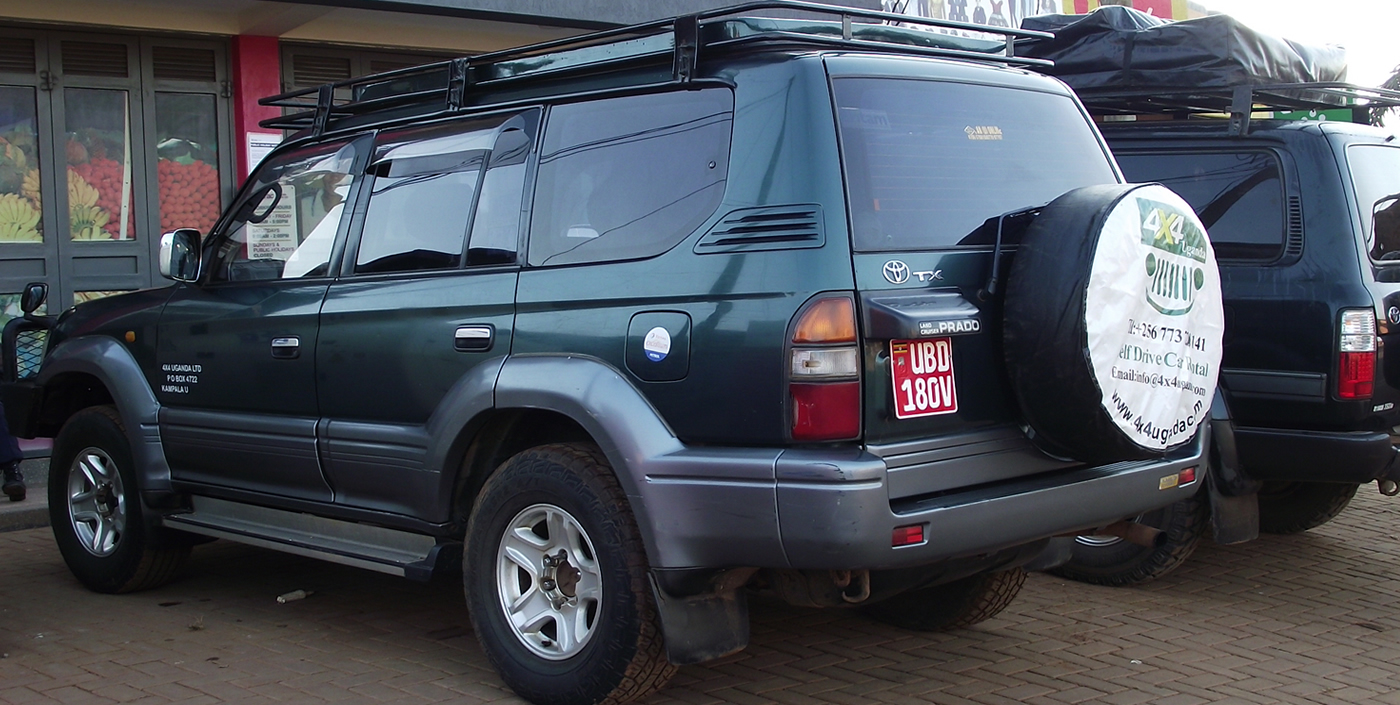 Safari Vehicle for hire in Uganda

Mgahinga national park can be visited on a self-guided tour which is a bit cheaper option to explore this amazing destination. This is the best and easy way, whereby you just need to hire a safari vehicle from any reputable safari car rental company in the country Like 4×4 Uganda Ltd, Self Drive Uganda Ltd, Rental Cars Uganda Ltd, and after getting a car you will just drive westwards to visit Mgahinga National Park.

Another option which is a bit expensive is to book a guided tour with any local tour companies in the country like African Jungle Adventures Ltd, Gorilla Expeditions Ltd, Go Gorilla Trekking Ltd among other companies in the country. These companies can give a full quote of the whole safari and you just wait to arrive at the airport when the tour guide is already waiting for you to drive you throughout the tour and your job will be only to enjoy and asking any questions that come into your mind.