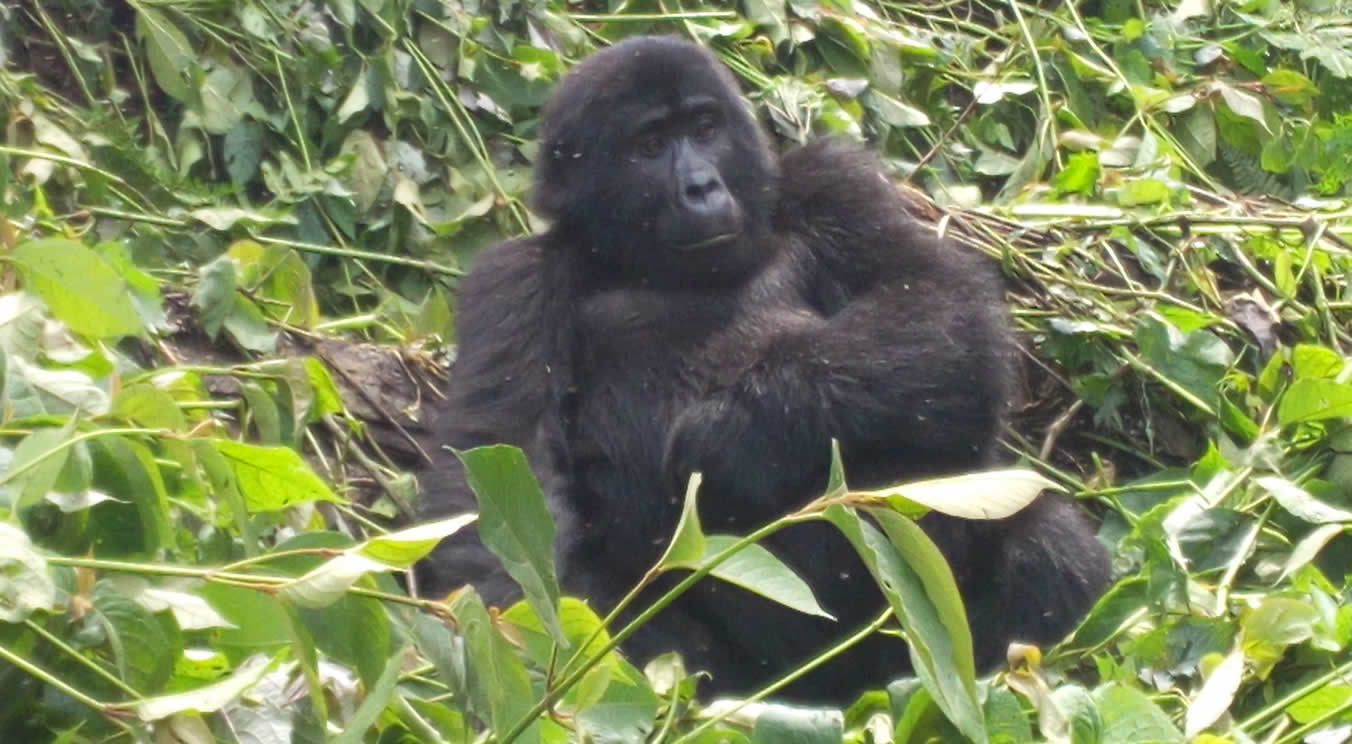 It is common that tracking the mountain gorillas within a thick rain forest in central and East Africa is a real adventure and has attracted many travellers to come and be part of the experience. Finding and getting to the mountain gorillas is not easy as many people think, nor the visitors guaranteed to see them. The trek to find the gorillas takes you through the dense vegetation on the narrow trails with both mud and steep slopes. This search of these primates can last many hours since they move around in the thick undergrowth as they shift deeper into the rainforests most of the time. However, when they are searched and found, they are enjoyed by the visitors since they are also used to the human presence.

Starting your gorilla safari will require you to start so early in the morning and driving to the park headquarters for the general formalities like briefing before you continue to the ranger’s station. Never forget to carry packed lunch or snacks and water for refreshment while in the jungle. The vehicles are left behind at the park headquarters and the gorilla walk begins. The group of visitors usually follows the instructions of the local ranger through the farmlands and deep into the thick vegetation of Bwindi impenetrable National park.

About knowing the group whoop! The rangers always tell you about the specific family of the mountain gorillas that you are visiting. They will also fill you with the history and the depth knowledge about these mountain gorillas. The rangers also trek to the real site where the gorillas were seen the previous day and will trace their movements from there to show them to the visitors. 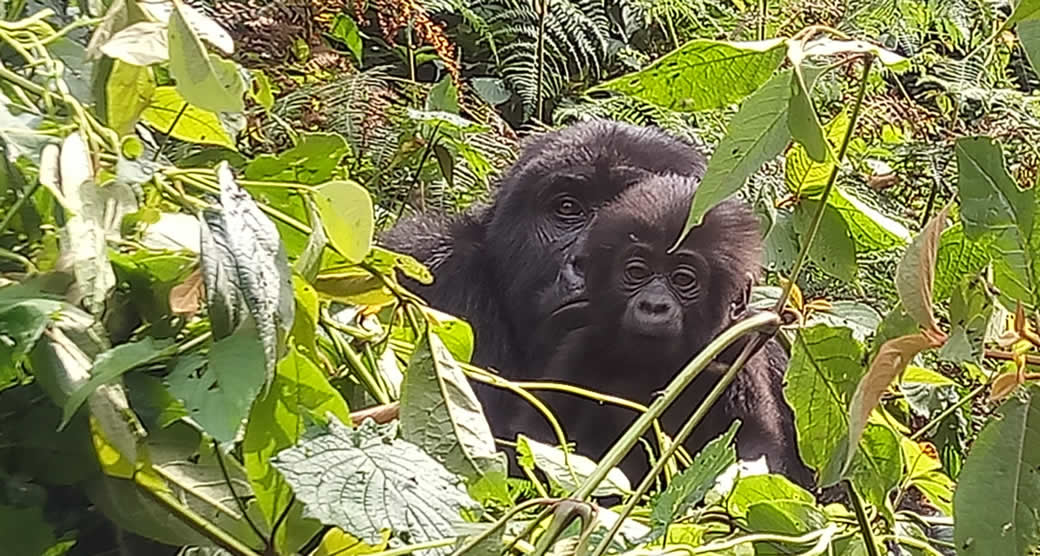 These gorillas are also monitored daily which helps to keep tracking of their locale safety as well as health. After spending 1-8 hours of challenging hike along the muddy slopes, you will then come face to face with the group of the mountain gorillas in the forest. You will put your stuff down and remain silent as you move in a little closer with your cameras to be able to view some of these beautiful gentle giants.

And about the real gorilla encounter, this is the exact time where the magic happens and this is a unique and intimate expedition that unfolds to the trekkers. You will be given a maximum of 60 minutes to observe the gentle apes at a close range of up to 7 metres in their natural habitat as you also take photos and videos. You will be given a chance to view these beautiful primates as they groom, feed, parent, play and also as they interact with each other. Their exact resemblance between the ways they behave and also as they relate to each other as well as the mannerism of the human beings leaves many of the visitors wondering.

Returning from the gorilla expedition means that after spending your time of one hour with the gorillas, it’s time to return to the trekking station of the rangers. By the time you reach the ranger station, your guide will transfer you to your vehicle and then make your way back to your booked accommodation facility. 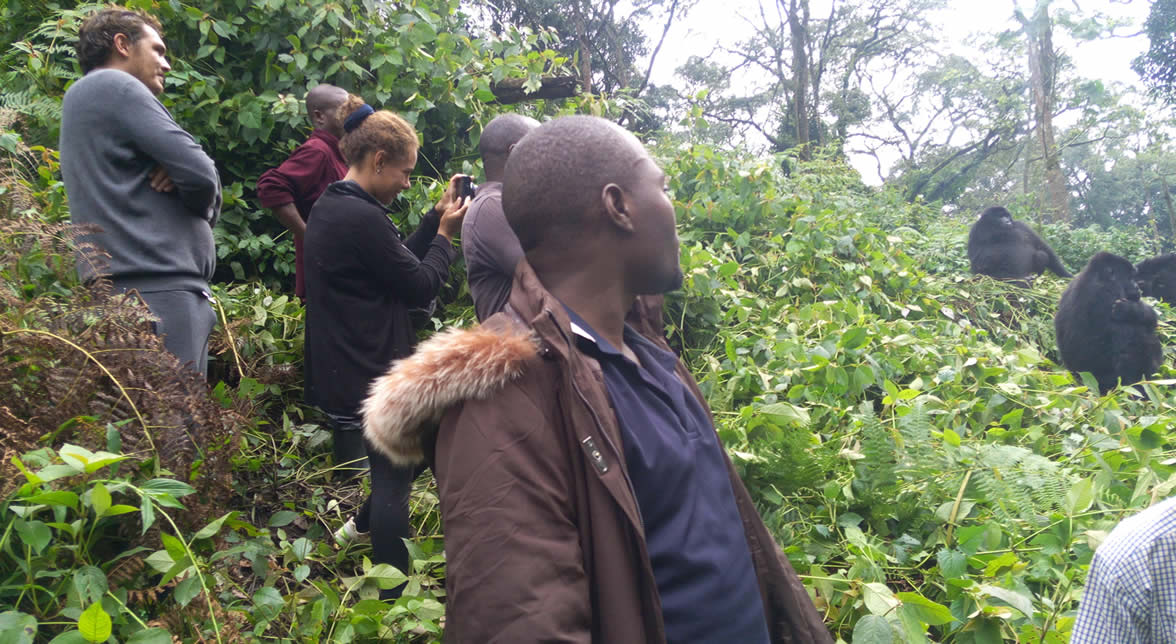 About the variation of the gorilla experience, gorilla trekking varies and you will never know what really happens on the ground. This experience will vary depending on the local conditions like the weather, movement of the gorillas, politics and happenings. These also tend to be in different locations since they are wild animals. This also means that even though the gorillas are habituated to the humans, their behaviours are unpredictable. These primates also move to the jungle as the visitors are viewing them and this is also beyond the ranger’s control since their movements are not restricted. These also go about their daily activity undisturbed and the young ones showing the curiosity about the many human visitors.

The exact process of buying the gorilla permits

Each tourist needs a gorilla permit in order to go gorilla trekking in any of the three national parks. These activities are so much closely related and are so expensive. Therefore they should be arranged in advance and it’s the reason why the permits can be bought through a tour operator. In the high seasons of June to September, December to February, the permits need to be bought in advance since the travellers can easily miss out due to the many tourists that are travelling. These must be bought at least 3 months in advance before travelling.

The permits in Uganda cost $700 per person. The gorilla permits can be bought by cash or cheque at Uganda Wildlife Authority offices in Kampala or through your local tour operator. The permits in Kampala are so limited most especially during the high season, this means that advanced booking is required.

About buying the permits online, direct bookings are made via email and can be paid for by making wire transfers called EFT, and these they don’t allow credit card payments. The permits can also be bought two years ahead, by making a deposit of 30% and also pay the balance in three months before the trekking date. The local operators are also given first priority on bulk buying of the permits. These can also be issued by Uganda Wildlife Authority either through the official tour company that sells the permits for the original price and also giving the permit directly to you.

Planning a gorilla safari in Rwanda requires you to book a gorilla permit through Rwanda Development Board offices in Kigali or Ruhengeri near Volcanoes gorilla park. The visitors can call or send an email to the offices directly, and it’s tricky to get the gorilla permit and not a whole tour package. The permit in Rwanda costs $1500 per person per day and the visitors get these permits through tour operators. However, there is a 15% discount for tourists spending 2 or more nights in either Akagera or Nyungwe National Park. Therefore early booking is advised and there should at least be 3 months in advance during the peak season of June to October, December to February. 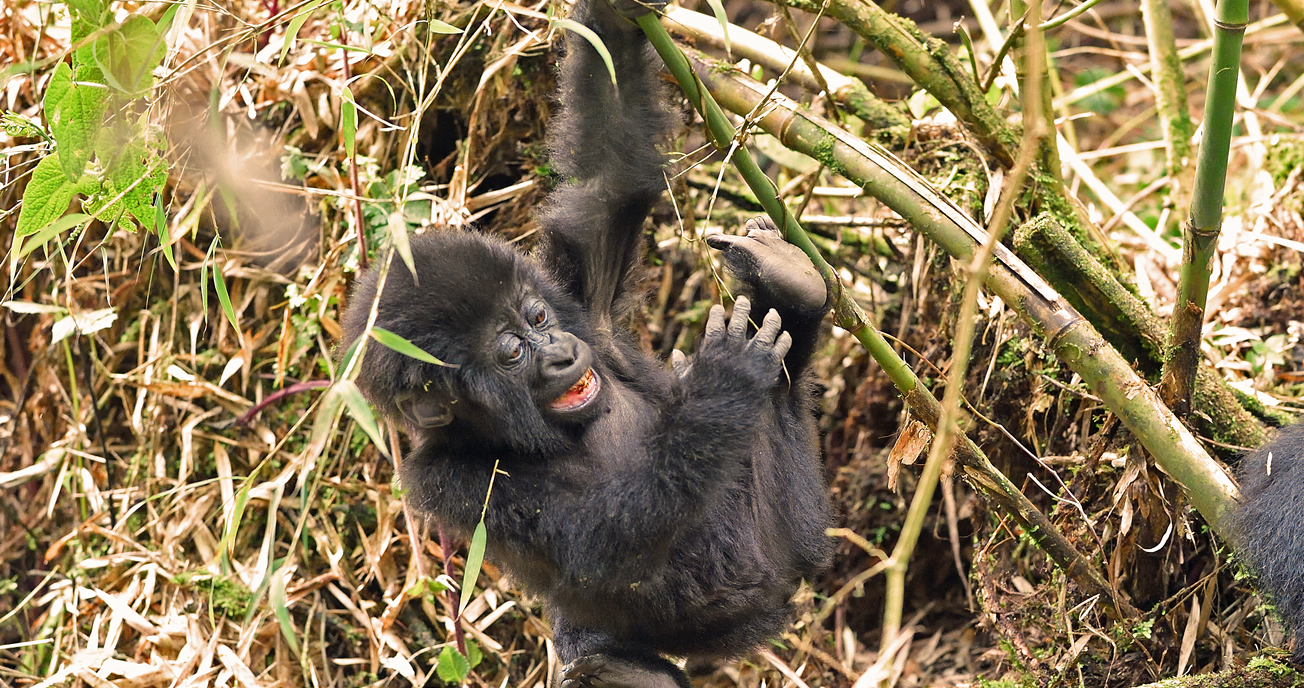 More so in case you are planning a gorilla safari to the Democratic Republic of Congo, it’s better to book with a tour operator in the country. The permits here cost $ 400 per person. Gorilla trekking can be done any time of the year and the paths are harder to pass through the rainy season. The rainy season includes; March to April and October to November.

Below is a list of some of the items you should pack while planning a gorilla safari in Uganda, Rwanda and the Democratic Congo Republic;