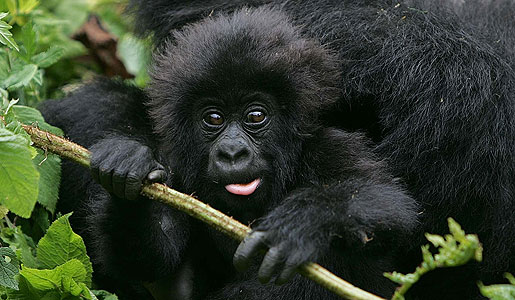 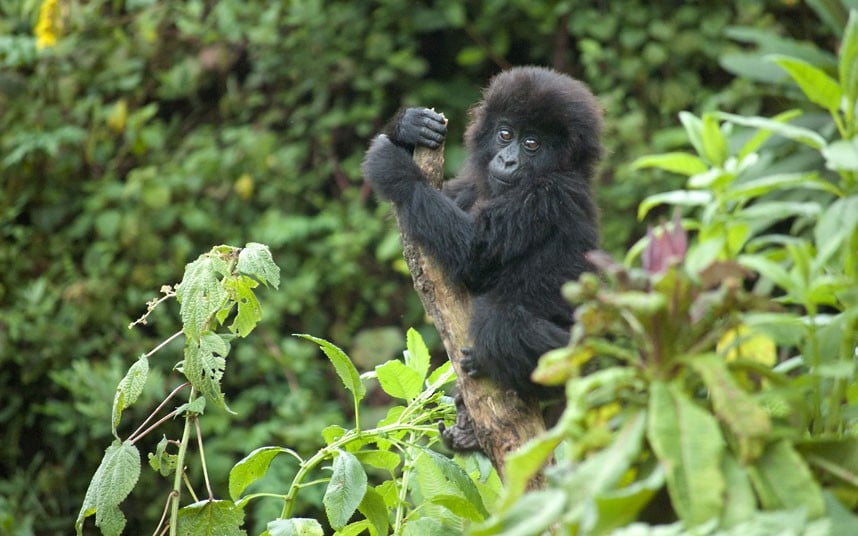 Baby Gorilla in the African Jungle

Common experiences during Gorilla trekking include:

A guided trek through the jungle while searching for the gentle giants. The whole process depends on the movement of Mountain Gorillas in their natural habitat.  If they move a small distance, that means the trek will take a few hours and the reverse is true. The experiences derived from walking into the tropical jungles of Africa are so amazing!! The fresh air, the sound of wild animals and birds, waterfalls and so on brings unique experience never enjoyed before.

It’s advisable to book your Gorilla permits in advance to avoid disappointments. The Gorilla pass/ permit are the only authorized document which allows travellers to encounter Gorillas in their natural habitat. Uganda Wildlife Authority (UWA) in Uganda, Rwanda Development Board (RDB) in Rwanda and Congolese Institute for Nature Conservation (ICCN) in the Democratic Republic of Congo are responsible government bodies to issue these permits.

The prices of Gorilla pass vary with Rwanda selling most expensive permits at 1500usd, Uganda at 600usd and Democratic Republic of Congo at US$ 400.

All travellers are supposed to wake up early for briefing about the Dos and Don’ts during Gorilla trekking. The briefing is conducted at the park headquarters where the trek starts. This briefing is aimed at introducing trekkers to the gorilla trekking rules and regulations for the safety of both gorillas and travellers. It’s in this briefing that travellers are divided into groups of eight who are allocated a gorilla family. Travellers are grouped according to their levels of fitness and age. The elders, weak and aged are allocated to trek a nearby Gorilla family.

After the briefing, each group of trekkers is led by two ranger guides; one must be armed to provide security while others offer the necessary information to make the trek informative and enjoyable.

Each group of travellers is accompanied by armed rangers and guides hiking up and down in search of the allocated gorilla family. It’s not an easy venture but rather strenuous hiking via slippery muddy grounds with thorny bushes and cold weather inside the dense forests. The time taken while searching for mountain gorillas depends on their movement. 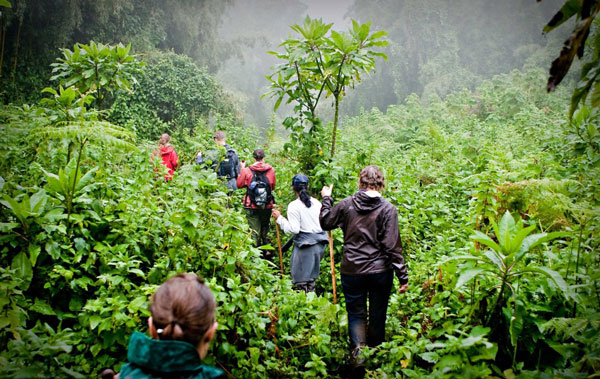 Fantastic Walk to the Gorillas

It’s not a must that you have a porter and a walking stick but it’s advisable to get them for an enjoyable and successful trek. Porters help in carrying trekker’s baggage and providing support where need be in the process of hiking. The hiking sticks enable easy movement through the slippery trails the steep slopes where hiking becomes difficult. Porters and walking sticks are hired from the park headquarters at a fair cost, which is indirect support of the local communities adjacent to the park. The money earned is used to support local families and community projects hence improved standards of living.

This is the best moment while on a gorilla safari in Africa. After walking a distance, we meet the gentle giants in their natural habitat. It is here that all fatigue, panting and sweating due to the hike will disappear into excitement and joy as look into the eyes of a dominant silverback guarding the entire family members. Travellers are advised to follow the instructions from the ranger guide to overcoming dangers. The Gorilla family consists of the silverback as the head of the family just like a father at home, while adult females nurse the young one while the juveniles entertain the family keeping it alive and enjoyable.

As instructed during the briefing, a distance of seven meters must be kept away from the gorillas to avoid the spreads of communicable diseases to these critically endangered mountain gorillas. Stand at a distance away from the crowd and take as many photos as you can but in a calm way. Taking photos and films of gorillas is allowed provided you don’t use flashlights. 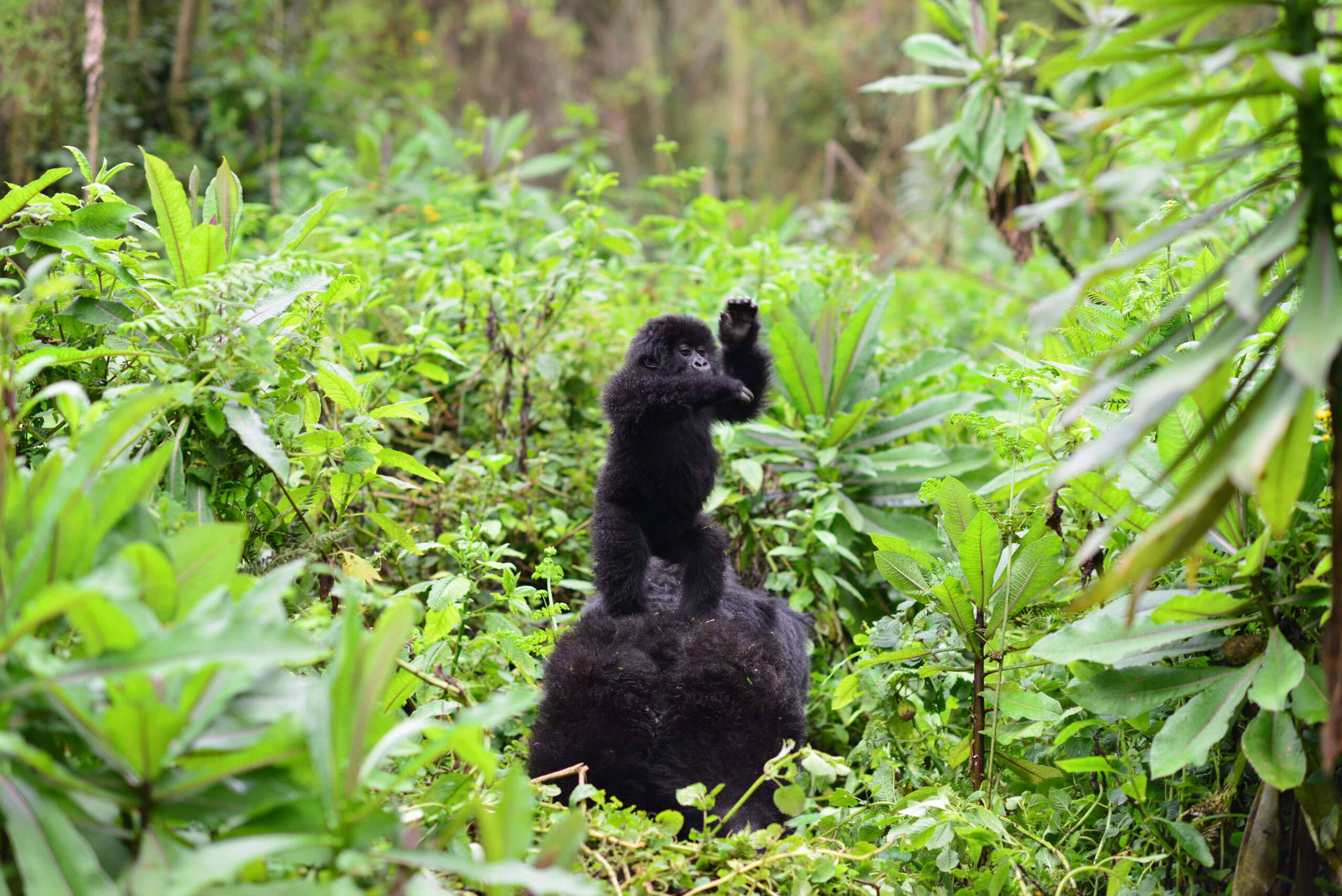 Mother – Baby Love in the Jungle

A maximum of 1 hour is allowed to be with the mountain gorillas in their natural habitat, enjoy them feeding, playing and young ones swinging on the trees. Later, you will be guided back to the parking where you left your jeeps to take you back to your respective lodges or to your next destinations.

While descending from the gorilla trek, still you have stopovers to rest and take your packed lunch. En-route, you may encounter different bird species, butterflies, un-habituated gorillas, primates like chimpanzees and monkeys as well as mammals such as Forest Elephants among others.