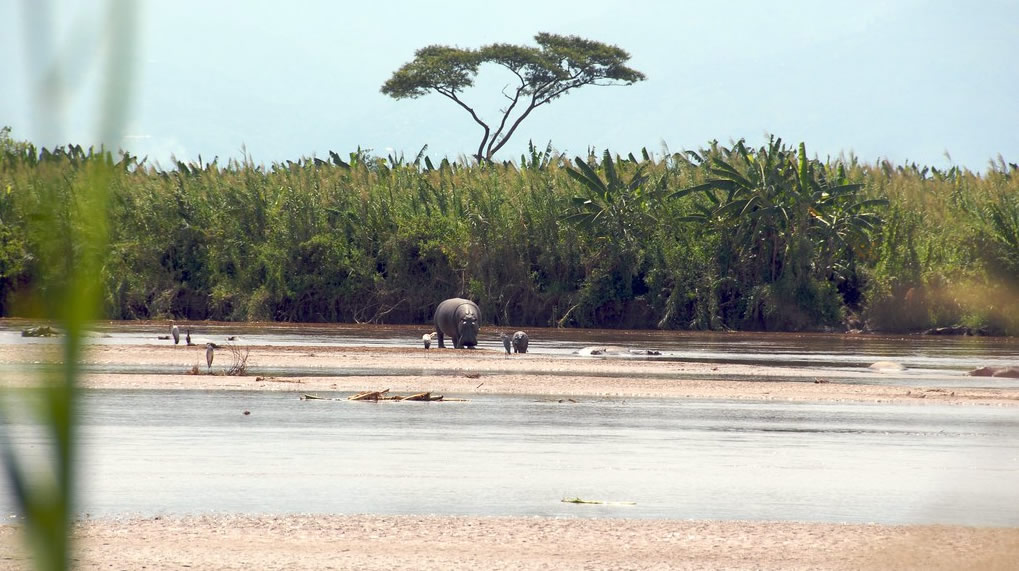 On 7 April, began the 18th commemoration of the genocide. For a week, all the Rwandans across the country have participated in ceremonies to honor those who lost their lives in the tragic events. For the survivors, the pain resurfaced but it is also a time to make peace with the past. The mourning phase will end on 4 July.

The Country since the time of genocide, is filled with emotion and I needed to take a few days off, I decided to go for a ride in Burundi, neighboring country of Rwanda.

Kigali, It takes about 5 hours away. At Nyabugogo bus park, several bus companies (Volcano, Belvedere, Yahoo, Jaguar, Horizon) offer the trip to Bujumbura (Burundi). A ticket costs 6,000 Rwandan francs and departure times are varied (from 4am until about noon). I decided to take a morning bus since i don’t have much time in Burundi and i wanted to explore many things.

Buses generally take the route through Butare (Rwanda). But some companies also use the new road through the district of Bugesera (Rwanda). Although many believe that this path is faster, the mileage is almost the same. The difference is the amount of time you spend at the border. The Port of Kirundo-Gasenyi (Bugesera) is much less busy than the crossing of Kayanza (Butare).

To enter Burundi, need a visa, except for citizens of the East African Community (Kenya, Uganda, Rwanda and Tanzania) to which admission is free. If you live in Rwanda and you have a “special permit circulation CEPGL,” the procedure to enter Burundi is very simple, quick and cost. The CEPGL is a document that allows you to enter without a visa in the “Economic Community of the Great Lakes Countries (CEPGL),” that is to say, Burundi, the Democratic Republic of Congo (DRC) and of course the Rwanda.

I planned to leave Kigali on Friday. But when I tried to book my ticket on Thursday night, all the companies were sold out for the next day. Also, I left Kigali on Saturday at 6h30am. To respect the national mourning, the driver turned off the radio on the bus. Border crossing Kayanza, I changed my Rwandan francs for Burundian francs (45,000 Rwf worth +/- 100 000 Burundian Rwf). And as soon as we entered in Burundi, the driver woke us all by turning on the volume of the radio playing music!!

So I arrived in Bujumbura around noon, in bright sunshine. Bujumbura, compared to Kigali, was built on a flat surface and is surrounded by mountains.

I did not dwell in the city, because my goal was to spend a few days at the beach. So I took a taxi drive to Lake Tanganyika.

Lake Tanganyika is one of the Great Lakes of Africa. It is the second African lake by its surface, after Lake Victoria. It is also the second in the world by volume and depth, after Lake Baikal. Finally, it is the longest lake in the world (677 km) and the most fish. Its waters join the Congo Basin and the Atlantic Ocean.

I planned to stay in hotels Keza, on the Saga beach. So I’ve dropped my bags and I put my sandals to explore the surrounding area. A few meters away, is the beach Bora Bora. Hotels and restaurants along the banks of the lake.

In most restaurants and hotels in Bujumbura, you can taste the local specialty, fish “mukeke”. This very tender and tasty fish is greatly the patience should be exercised before being served! You can also try the “sangala” equally scrumptious.

To accompany your fish, try “Amstel Bock”! A red beer, almost impossible to find in Rwanda.
The shores of Lake Tanganyika have long been “haunted” by Gustave crocodile. Its size was estimated at nearly 7 meters and it would have swallowed more than one hundred people. The name Gustave was assigned by Patrice Faye, a French residing in Burundi, which continues since 1998. In 2002, Faye and a team of journalists tried to capture Gustave unsuccessfully with a huge trap . The expedition gave rise to a documentary capturing the Killer Croc, aired on PBS in May 2004.

I asked several people if they had recently met Gustave. But all answered me that he had disappeared, probably party in Tanzania or Congo! You can still see beautiful specimens of crocodiles by visiting the National Park of Rusizi. The park is located about 15 minutes drive from the Saga beach. I STRONGLY advise you to visit with a car or Jeep, because you might come across a hippo on your way…

Accompanied by a friend and guide, we explored the swamps along Lake Tanganyika. We saw crocodiles and hippos bask in the water. On the way back, less than 100 meters from us, a hippo was waiting. I was very happy to see this impressive animal in its entirety, because all those we had seen the nostrils out of the water. But no one shared my joy. Our guide had become almost white and my friend made me frown. The guide was desperately trying to call security to be picked up, but he had no credit on his mobile phone!!!! So we went into the forest to get around the beast and return to the park entrance. I do not understand why we had to take these precautions. Later, so I searched a little more about this animal that seemed, at first, very nice. Here’s what I found on Wikipedia about the hippopotamus:

“Although it is herbivorous, it is the most dangerous animal in Africa. He fiercely protects its territory, this being the cause of most attacks on humans.”

Uh!!! The “most dangerous of Africa”!!!
Now I understand what caused the guide to be confused and why my friend feared. We escape. This is why I recommend, again, moving in a vehicle during a visit to Rusizi National Park.

After all these emotions, I was very happy to get back to my hotel room for any overnight. Alas, some hotel rooms Keza (urugo Keza) are located directly on the beach. And woe! Saga beach is a place of entertainment. So during the day and into the evening, a DJ plays songs the volume to maximum. Can not sleep! Finally, around 23h, the music was silent… to make room for mosquitoes.

The beds in the hotel urugo Keza are surrounded by a fabric that does not prevent mosquitoes from bothering you. I asked that brings a net. The hotel did not!!! So I woke up at 7 am the next morning, eaten by mosquitoes, the sound of drums and songs. We were on Easter Sunday and were baptizing people in the lake!!! This was too much for me!!! I changed hotels…

Just steps from the hotel Keza, the hotel is located Karera. A quiet and peaceful place with a beautiful beach.

The next two nights were very relaxing. I left Burundi on body and head rested. We left the following Tuesday to return to Kigali. But, again, all the bus companies sold out. The friend who accompanied me thus we found a car taxi that would take us to the border. Then we planned to take a small taxi-bus to Butare, eventually taking a taxi express bus to Kigali. A long day promised. Fortunately, a few minutes before our departure, friends called to say that they were returning to Kigali by car and you could join them. Murakoze cyane!!

We have traveled the winding roads of Burundi in bright sunlight. We stopped in a little refreshment to enjoy one last Amstel Bock. Our driver, wanting to save time at the border, had decided to take the road which leads Bugesera district. Some sections of the road are lined with conifers. The landscape is very pretty.

Finally, we arrived at 6:10 p.m. at the border. The road was closed by a cord and all the buildings were in darkness. Our driver and my friend went to scouts. They returned empty-handed. The border crossing closed at 18h!! Unable to visit Rwanda. We turned back to the village of Kirund where we found a small hotel for the night. So it is in the morning we set foot in Rwanda.

Despite minor drawbacks, my stay in Burundi was very nice. I definitely will go back one day. But my next destination will be Uganda and Lake Bunyonyi.