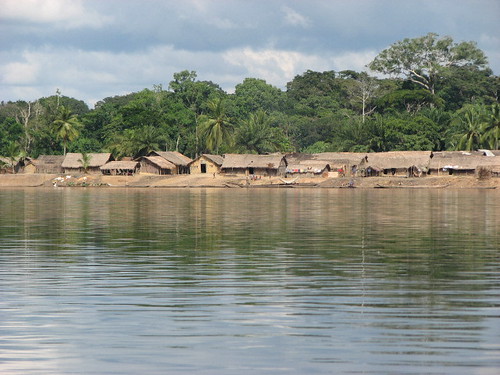 Lomami River is about 1280 kilometers (800 miles) long and flows north and westwards, as well as parallel to the upper Congo before joining the Congo River at Isangi, approximately 113 kilometers (70 miles) west of Kisangani. This River rises in the Katanga highlands of southern side of Democratic Republic of Congo near Kamina as well as the Congo-Zambezi Divide but also drains north through a number of areas such as   Opala, Tshofa, Lubao, Irema, Bolaiti and Kombe.

Historically, it is reported that Henry Morton Stanley (28th January 1841 to 10th May 1904) arrived at the confluence of the Rivers on the 6th January 1877 while the tributary-Lumami which David Livingstone (19th March 1813 to 1st May 1873) called the young’s river entered the great river by a mouth of 600 yards wide between the low-lying banks that ate densely covered with trees and shrubs.

Also, M. Janssen-the Governor/General of the Congo State explored the Lomami River in October 1889 upstream from Isangi on the ville de Bruxelles but after steaming for over 116 hours, he was stopped by the rapids. It is from this river that Lomami National Park was named and currently lies within the middle basin of the River.

Flora and Fauna in and around Lomami River

Notably, the Bonobos are common at the eastern banks of the Lomami River and surprisingly, they are said to be genetically different from the other Bonobo populations in the country hence the existence of River Lomami is seen as a geographical barrier. Also the Okapi, a rain-forest giraffe and one of the endemics of the country is specifically found on the western banks 0f the River.

Besides the Lomami River, the Democratic Republic of Congo is known for other long rivers including the Congo River, Uele, Lualaba, Ubangi, Tshuapa that offer shelter to unique wildlife and bird species that are difficult to spot in other habitats-forests and Savannah.