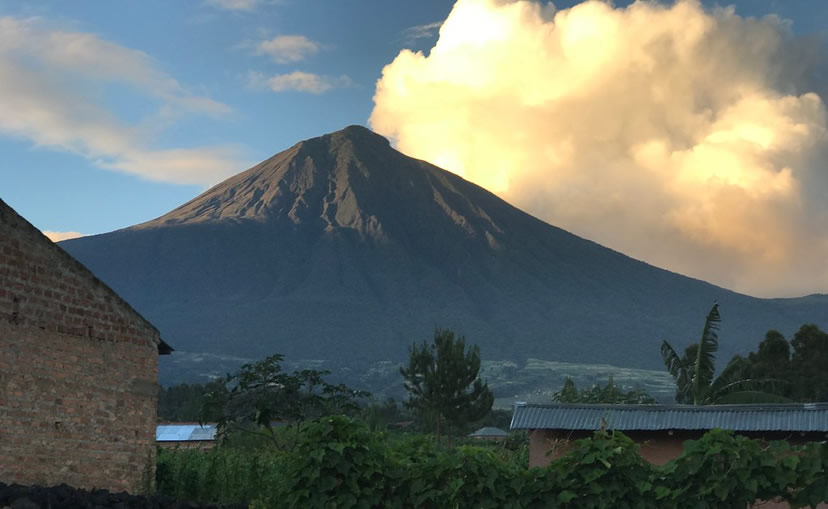 Bestriding the borders of Uganda, Rwanda and the Democratic Republic of Congo, the Virungas is not a mountain range as such, but a chain of isolated freestanding volcanic cones strung along a fault line associated with the same geological process that formed the rift valley. It is also referred to as the Birunga or Mufumbiro Mountains, the chain has 6 dormant and 3 active volcanoes and all of which exceed 3000m in altitude. The tallest is the Karisimbi Mountain, followed by the Mikeno Mountain and Muhabura Mountain at 4,507m, 4,437m and 4,127m above sea level respectively.

Muhabura Mountain is an inactive volcano in the Virunga ranges located on the border between Rwanda and Uganda. It is part of the volcanoes national park of Rwanda on one side and the other part is found in Mgahinga national park in Uganda. It stands at 4,127 meters above sea level and this height makes it the 3rd highest mountain in all the eight mountains of the Virunga range in the western branch of the East African rift valley. 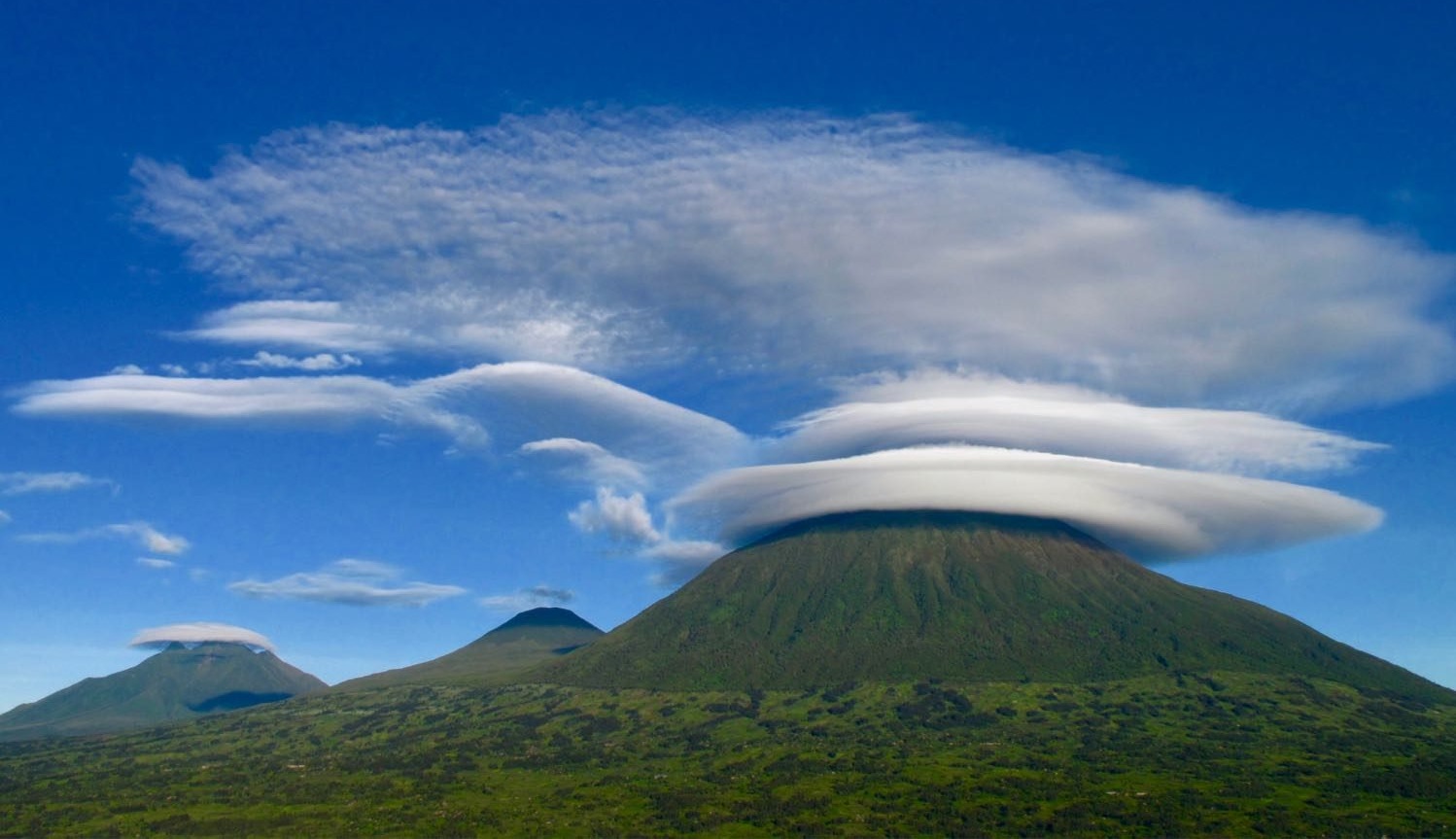 However, mountain Muhabura is the second-highest mountain in Rwanda after Mountain Karisimbi and Muhabura name means “Guide”, in the local Kifumbira / Kinyarwanda dialect. It is also known as Muhavura Mountain.

At the top of Muhabura Mountain, travellers enjoy the magnificent views over the other mountains and the twin lakes. Mountain Muhabura has a crater lake near the summit and the vegetation is usually drier than in other areas of the volcanoes national park, with the giant heather thriving on the volcano’s slopes.

There is no doubt about the statement that Uganda is one of the most beautiful countries in East Africa and the pearl of Africa. It has endless hills and varying landscapes there’s no shortage of stunning scenery and inspiring vistas especially in the southwestern region of Uganda. Some of the incredible natural landmarks in Uganda include the Queen Elizabeth national park, Rwenzori Mountains and Muhabura Mountain, which is part of the Virunga Mountains and it is shared with Uganda and Rwanda.

Muhabura Mountain is found in Kisoro district of Uganda and it is the third tallest mountain in the Pearl Of Africa at round 4,127 meters after Mount and Rwenzori Mountains. It provides hikers with a challenging ascent with its own rewards that include fantastic views of the surrounding countryside as well as wildlife including birds, primates and buffalos. Most of the travellers hike this mountain after gorilla trekking or golden monkey safari neighbouring Mgahinga gorilla national park.

Hiking Mountain Muhabura is relatively hard since it requires extra strength and good health status because the slopes are steep and slippery during rainy seasons. Climbing this mountain takes only one day and the climb starts in the morning from Mgahinga gorilla national park and the journey to the summit is roughly 5 hours and at the summit is a crater lake surrounded by a swamp rewarding travellers with spectacular views of adjacent Mountains, Gahinga, Sabyinyo, Karisimbi and Mikeno. Unfortunately, if you are on a safari in Rwanda and interested in climbing Mt. Muhabura, you have to cross the border to Kisoro in southwestern Uganda because trekking Mount Muhabura starts at Ntebeko briefing point at 7 am in Mgahinga gorilla national park and takes about 7-9 hours of trekking adventure.

The Muhabura hike is partitioned into 2 main stopovers before the peak, on each stop, there’s a hut for resting and refreshing. The first resting hut is at an elevation of 3,116m above sea level and the second is at 3,855m above sea level.

Travellers that want to experience Uganda’s hiking safari and at the same time to enjoy the incredible views of the Virunga Mountains, Mountain Muhabura is the perfect place to visit in Uganda.